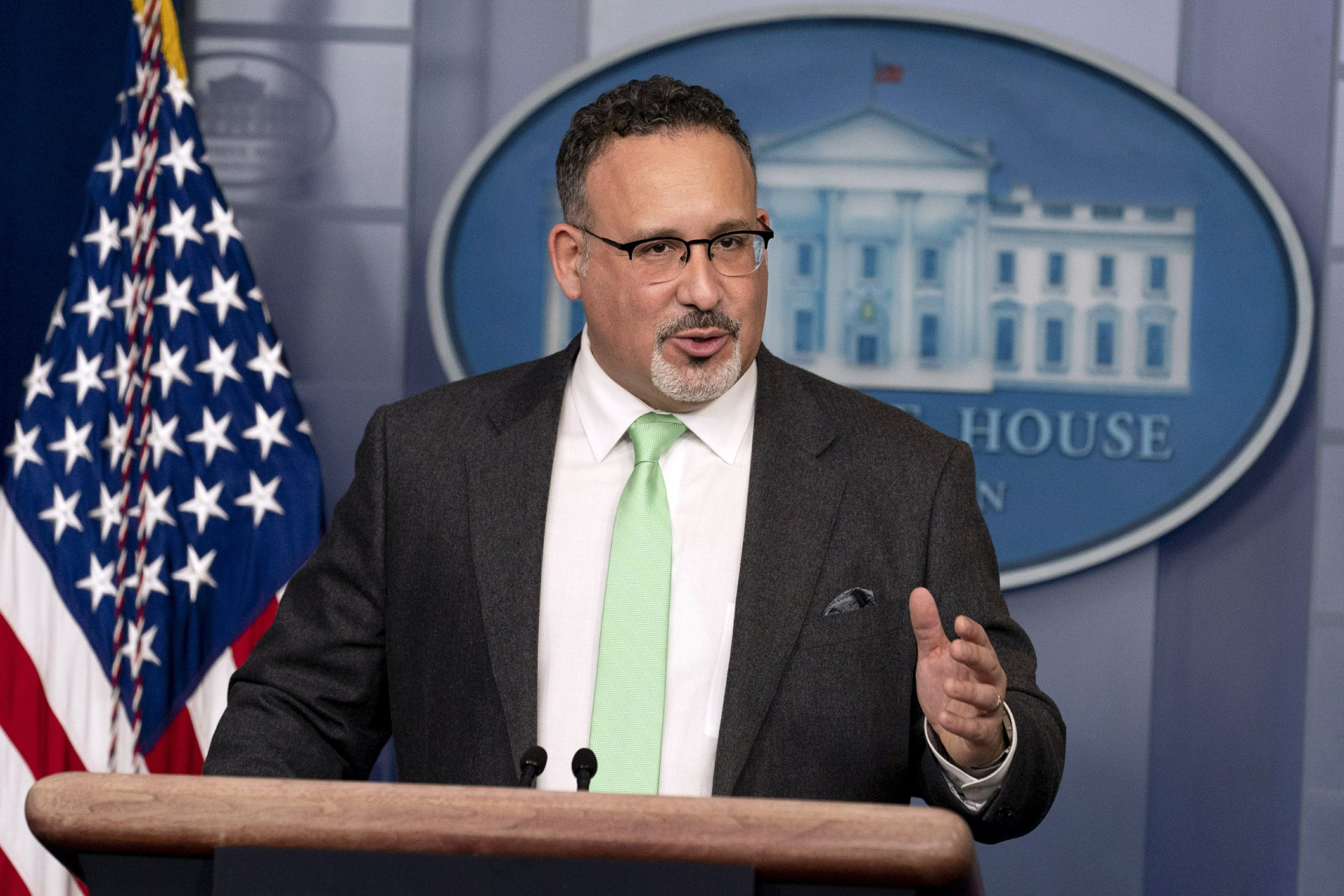 The Education Department on Tuesday moved forward with plans to revise federal rules around campus sexual assault, paving the way for an overhaul of a polarizing Trump-era policy that President Joe Biden has vowed to reverse.

In a letter to the nation’s colleges and schools, the department said it will formally begin the process to amend federal rules around Title IX, the federal law that forbids sexual discrimination in education. The department is planning a public hearing on the issue and afterward will issue official notice that the rules are under review.

Biden called for a broad review of sexual discrimination policies in March, and his executive order specifically requested scrutiny of rules finalized last year by then-Education Secretary Betsy DeVos. Biden and other critics have said the rules fail to protect survivors of sexual assault and go too far in protecting the accused.

As a presidential candidate in May 2020, Biden vowed a “quick end” to the rules, saying they guarantee that “college campuses will be less safe for our nation’s young people.”

DeVos saw the rules as one of her most significant achievements. She said they balanced the scales in college discipline systems that had become stacked against the accused. Her rules gave accused students the right to cross-examine their accusers through representatives at live hearings, among other protections for the accused.

Her rules also narrowed the definition of sexual harassment, limited colleges’ authority to investigate claims arising beyond campus and reduced schools’ legal liability as they address claims of misconduct.

Advocates for the accused applauded the policy while critics said it would deter victims from reporting misconduct. College leaders complained that the rules were overly complex and burdensome.

In its Tuesday letter, the Education Department said it will ensure that school grievance processes “provide for the fair, prompt, and equitable” resolution of claims. It did not identify which parts of the rules it intends to revise.

Any change is unlikely to come quickly — it took DeVos three years to finalize her rules through the same process. In the meantime, the agency said it plans to issue a document clarifying its interpretation of the 2020 rules. It will address colleges’ obligations, “including the areas in which schools have discretion” in responding to claims, it said.

Survivor advocacy groups have urged Biden to take quick action to rewrite the rules. Some want the administration to issue interim guidance that loosens DeVos’ rules and adds protections for survivors. Others have said Biden should rescind the 2020 rules entirely.

DeVos’ rules replaced Obama-era guidance that instructed schools how to handle claims of sexual misconduct. By using the federal rulemaking process, DeVos gave her rules the weight of law and made them more difficult to reverse.