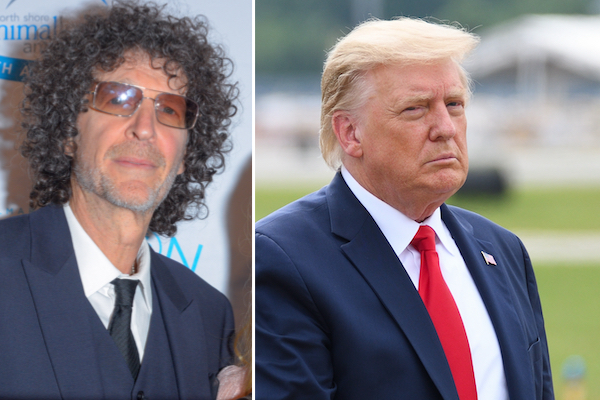 Hoard Stern, a radio host on SiriusXM, claimed that he would defeat former President Donald Trump in 2024’s presidential race if the two were to compete against each other.

Stern’s comments came as Stern was explaining that Trump can be defeated by playing a portion from his January phone conversation with Brad Raffensperger, Georgia Secretary of State.

“What I want to do is this. I just want to find 11,780 votes, which is one more than we have, because we won the state,” Trump stated.

Stern claimed that there is “no way” he would lose if he played that clip.

“I would just sit there and play that fucking clip of him trying to fix the election over and over again,” he stated. “There’s no way I’d lose.”

Stern continued by stating that he’d “beat his ass” if he and Trump faced off.

“If Trump decides to run again, you have to run against him,” co-host Robin Quivers said. “That’s my plan.”

“You can’t leave it to the Democrats,” Quivers replied.

Stern, who called Trump a friend and was often on his radio show with him, appears to have had a change in of heart after he once scolded his audience members for voting for Trump.

“The oddity in all of this is the people Trump despises most, love him the most,” Stern stated in 2020. “The people who are voting for Trump for the most part… he wouldn’t even let them in a f—ing hotel. He’d be disgusted by them. Go to Mar-a-Lago, see if there’s any people who look like you. I’m talking to you in the audience… I don’t hate Donald. I hate you for voting for him, for not having intelligence.”