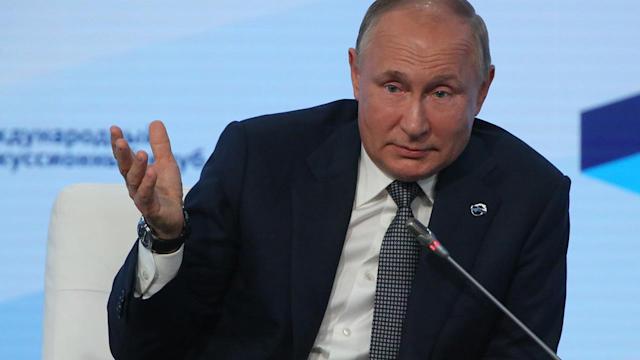 John Murray Rowe Jr. was charged with espionage. According to the Justice Department, he exchanged over 300 emails with an F.B.I. An employee pretending to be a Russian agent.

After an undercover F.B.I. investigation, a former South Dakota defense contractor was charged with espionage. Federal prosecutors stated that he attempted to give classified national defense information and to someone he believed was a Russian agent.

A criminal complaint states that John Murray Rowe Jr. (63), of Lead, S.D. told a person posing as a Russian agent, Moscow was “the place”

According to a statement by the Department of Justice on Thursday, Mr. Rowe was charged in connection with trying to transmit national defense information to assist a foreign government. His initial court appearance is scheduled for Friday at the United States District Court, Rapid City, S.D. Rowe could be sentenced to life imprisonment if convicted.

According to the criminal complaint, Mr. Rowe was a test engineer for almost 40 years at several defense contractors. According to the Justice Department, his job allowed him to hold multiple national security clearances. These ranged from “secret” up to “top secret”. His work also included matters related to U.S. Air Force aerospace technology.

Following several security violations by Mr. Rowe and revealing an interest in Russian affairs in April 2017, he was identified as an insider threat and his contract with a defense contractor was terminated in August 2017.

According to the complaint, Mr. Rowe started working for another defense contractor in the following month. This gave him a secret national security clearance.

According to the complaint, one of Mr. Rowe’s colleagues noticed him carrying a thumb drive to a classified area. When questioned, Mr. Rowe stated that he was trying install software from the drive onto the computer.

On Thursday, it was not clear if Mr. Rowe was represented by a lawyer. On Thursday night, Mr. Rowe didn’t respond to both email and phone requests for comment.

The Federal Bureau of Investigation launched an undercover operation based on Rowe’s actions to determine if he was willing to share classified information with a foreign country.

The coronavirus “is going be around for a very long time and politically something else is going to happen,” Mr. Rowe said in an email to the undercover F.B.I. employee on April, 30, 2020. “Everyone here is talking about a new world order and I believe this so much that I even been asking my granddaughters to learn the Russian language.”

In the same email, Mr. Rowe stated that he was interested to see a law signed by President Vladimir Putin of Russia which would allow foreigners without having to give up their citizenship.

“This is important to me because I can live on my Social Security that I received here while living in Moscow,” Mr. Rowe said. “I been seeing how much it cost to live there and that the place to be. Once this travel ban is over, I’m going to be heading to Moscow.”

On July 31, 2020 Mr. Rowe sent an email in which he expressed concern about being detected and warned that he would be cautious who he spoke to.

Finally, Mr. Rowe sent an email to the F.B.I. undercover agent. On November 11, 2020, an employee of Mr. Rowe stated that he had discovered classified documents which he could share with the Russian agent.

Armed Groups Arrive to Look for Migrants In Texas