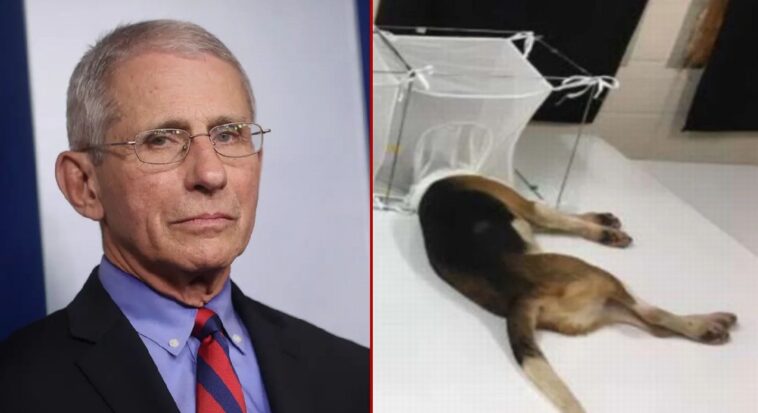 A rescue group stated that Dr. Anthony Fauci should be charged if the National Institutes of Health continues to fund a laboratory in Tunisia where he allegedly tortures, kills, and otherwise damages beagle puppies for scientific experiments.

The Beagle Freedom Program wrote Wednesday to Fauci requesting that he and the agency cease funding “cruel” tests where dogs are allegedly injected in with disease-causing parasites. TMZ reported.

The president and founder of the beagle Freedom Program Shannon Keith wrote : “Bearing witness to what you and your organization does to these animals is
nothing short of criminal. It is time to end it, and now the world is watching”

“If it does not end immediately, Beagle Freedom Project will make sure it becomes criminal and those who perpetrate it will be punished by law.”

She cited the FDA Modernization Act (a bipartisan bill) that was introduced to repeal an outdated mandate that experimental drugs be tested on animals.

“If science and wasteful taxpayer spending are not enough to convince you, perhaps legal changes will,” she stated.

Keith called the experiments “unethical,” which also allegedly involved locking dogs in cages with hungry insects so the insects could eat them alive.

“Dr. Fauci, the evidence is clear: animal testing is outdated, flawed, cruel, unethical and harmful to both animals and humans,” she stated.

“We demand that you cease the use of animals in research, end funding to those using animals, and release those animals who are currently in laboratories to Beagle Freedom Project, the leader of rehabilitating and rehoming animals used in research.”