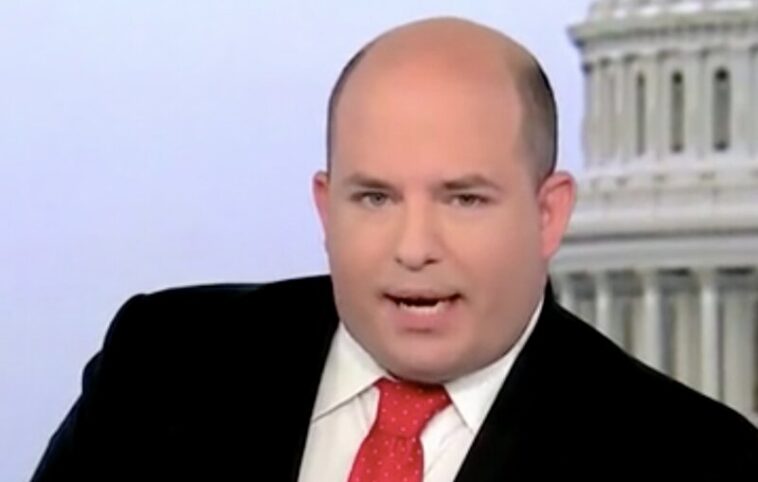 CNN lies daily to the American people. During Trump’s time in office, CNN spread false news about Trump during every program. Even though they didn’t “lie”, the conspirators spun the story in Trump’s favor and committed key elements to advance their narrative.

But, if you look at their internal dialogue, and instead of blaming them for the decline in trust with the public they have, they blame conservatives for spreading “disinformation online” that they hear about Fox News. Stelter went on to say that Fox News is a trusted source for conservative viewers, and that it has a lot of trusts.

“Whenever anyone asks me about trust in media, I try to ask what do they mean by media?,” Stelter began.

“Because everyone is a member of the media now. The media includes “the New York Times” and also a no-name blogger. So let me propose to you a different way to think about trust in media, reporters versus repeaters. This brand-new research by Gallup said America’s trust in the mass media is at the lowest point since 2016 and record low overall,” he added.

“It’s obvious when pollsters ask about the media as a whole, the results are abysmal. That is in large part due to the Republican sentiment that you see on your screen here. So you see these lines emerge over time, the blue line much, much higher than the red line. The Republican trust in mass media is that rock-bottom lows. And yet Fox’s ratings are high and Fox’s stars are beloved. So there is trust there. But the chasm, the cannon between Democrats and Republicans are critical to understand. Democrats say they generally trust mainline news sources, Republicans say they do not, the space between them is grand canyon side.”

“At the risk of repeating myself a little bit, repeaters are the talk radio shouters who tell listeners to hate the other side. They’re on TV and radio telling the same story every day. Repeater outlets like OAN and plays Donald Trump on a loop and packages made for companies. Repeaters are all over facebook in hyper partisan groups that cherry-pick stories confrontational memes and make you really rageful,” he said of conservatives, while completely ignoring that this is what the liberal media and liberal VOTERS do.

“Repeaters are twitter trolls who amplify propaganda and try to wear the rest of us down with their repetition. So much of what they’re repeating, so much of the raw material for radio yakkers and facebook posters and all of the rest, it’s from reporters, from the people paid to figure out what is true, not what they might want to be true but what is true. Here’s the important part, okay, there are easy ways to tell the difference between the two, between reporters and repeaters,” he concluded.