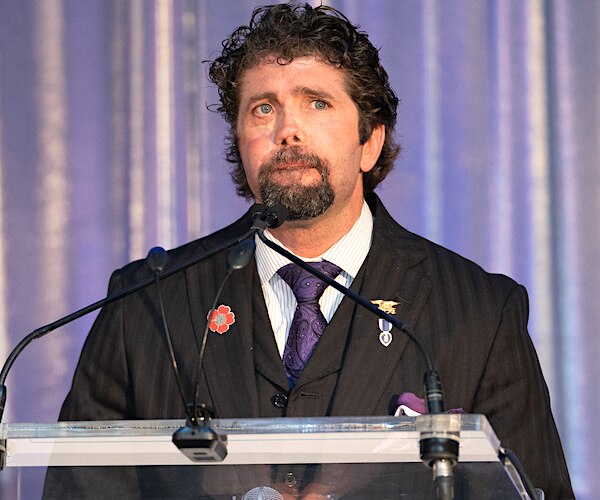 A volunteer group of American military veterans have been helping hundreds of at-risk Afghan elite forces and their families to safety in a night-time operation called “Pineapple Express,” a daring and heroic private mission detailed by embedded ABC News reporters witnessing the heart-pounding operations.

“Dozens upon dozens of high-risk individuals, families, orphans, as well as pregnant women, were secretly moved through Kabul’s streets throughout the night, up to just seconds before ISIS detonated the bomb into the huddled masses of Afghans seeking safety, freedom, and security,” said Army Lt. Col. Scott Mann. He was a former Green Beret commander and leader of the private rescue effort. ABC News had embedded journalists with the groups for overnight private missions.

According to the report, the group worked overnight with the U.S. military and U.S. Embassy to move people in small groups into secure areas at Hamid Karzai International Airport.

Two suicide bombings that left at least 13 U.S. military personnel dead and 15 others wounded heightened the dangers of this operation.

According to the report, the operation was named after refugees who would show a graphic of yellow pineapples in a pink field on their smartphones to identify themselves. Because the password has changed since then, it was revealed.

“This Herculean effort couldn’t have been done without the unofficial heroes inside the airfield who defied their orders to not help beyond the airport perimeter, by wading into sewage canals and pulling in these targeted people who were flashing pineapples on their phones,” Mann told ABC News.

Aug. 15 was the day that the group rescued a commando from Afghanistan who was being pursued by the Taliban. They had also received death threats via text because they knew that he was a high-value target, having previously worked with Navy SEAL Team Six for 12 years.

The ISIS-K threat warning, which came before the suicide bombings, made the operation more complicated.

“We have lost comms with several of our teams,” Jason Redman, a wounded former Navy SEAL, texted in an encrypted chat viewed by ABC News.

The initial thought was that the blackout was due to the Taliban taking down cell phone towers. However, another Task Force Pineapple member, a Green Beret, discovered the U.S. military was jamming cellphones in order to counter terror threats from outside Kabul’s airport gates.

“The whole night was a roller-coaster ride,” Redman told ABC News. “People were so terrified in that chaotic environment. These people were so exhausted, I kept trying to put myself in their shoes.”

Redman said that there have been 630 Afghan lives saved. He also spoke out for ABC News, lamenting that “our own government did not do this.” As Americans, we did what was right.”

“I have been involved in some of the most incredible missions and operations that a special forces guy could be a part of, and I have never been a part of anything more incredible than this,” Army Maj. Jim Gant, a retired Green Beret, told ABC News. “The bravery and courage and commitment of my brothers and sisters in the Pineapple community was greater than the U.S. commitment on the battlefield.”

“I just want to get my people out.”

“That is an astounding number for an organization that was only assembled days before the start of operations and most of its members had never met each other in person,” Lois told ABC News.

Retired SEAL Commander Dan O’Shea told ABC News about the rescue of an American citizen and his Afghan father/brother, who had evaded Taliban checkpoints to finally get on a plane from Kabul.

“He was not willing to let his father and his brother behind; even it meant he would die,” the former counterinsurgency adviser in Afghanistan, O’Shea, told ABC News.