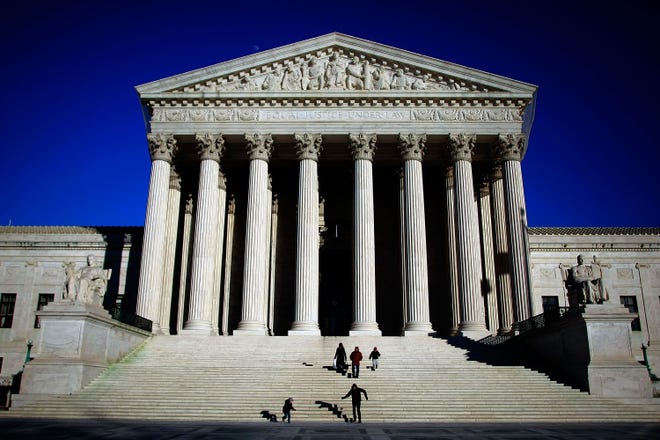 The rulings froze funding for building the wall, but may not be needed with Biden’s orders. The remand, as it is called in legal parlance, sends the challenges from the Sierra Club, the American Civil Liberties Union and others back for reconsideration, The Hill noted.

They won court with rulings that Trump improperly allocated $3.5 billion for military funding to construct the wall.

The court vacated the rulings “in light of changed circumstances in this matter.” In a request to court, the Biden administration noted that the president had signed an executive order prohibiting any further construction of border walls on the day he was inaugurated.

The Hill pointed out that the border wall opponents also want Biden’s to reverse the wall’s impact.

“Today’s order comes after the government conceded that the Trump wall was wasteful and destructive, and returns the case to the district court so that Sierra Club and the Southern Border Communities Coalition can seek relief for the damage the wall has already inflicted,” Dror Ladin, senior staff attorney at the ACLU’s National Security Project, told The Hill.

This includes the removal of the wall. Environmentalists claim that it is disruptive to wildlife corridors and causes damage to protected Arizona saguaro Cacti.

The Hill pointed out that litigation gives the federal government the opportunity to challenge earlier court decisions that might limit executive power, particularly the president’s ability to issue emergency declarations.

Fauci Falsely Claims That Immigrants Are Not Spreading Covid