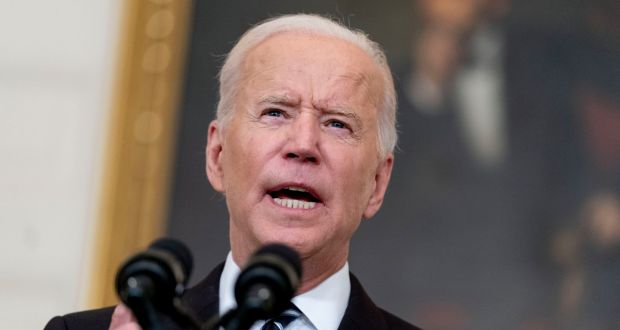 Many Republicans legislators are warning of lawsuits against President Joe Biden’s COVID-19 vaccine mandates. This will require private companies with more than 100 employees to get everyone vaccinated.

“My office will vigorously oppose any attempt by the federal government to mandate vaccines,” Oklahoma Attorney General John O’Connor said Thursday, according to The Oklahoman. “We respect the right of Oklahoma businesses and individuals to make healthcare decisions for themselves and their families. We are preparing litigation to stand up for our rights and defend the rule of law against the overreach of the federal government.”

The mandate has been opposed by the governors of South Dakota, North Dakota, and Florida so far.

Biden claims that making COVID-19 mandatory vaccines is not about freedom, but safety.

“Many of us are frustrated with the nearly 80 million Americans who are still not vaccinated,” Biden stated. “This is not about freedom from personal choice, it’s about protecting yourself and those around you.”

But, according to Geert Vanden Bossche, mandating mass vaccinations could actually lead to more harm than good.

Bossche, who is a doctor in virology from the University of Hohenheim in Germany, previously predicted that such a mandate would result in evolutionary pressures on COVID-19 in order to create new vaccines. This seems to be the case.

According to Dr. Sanchari Sinha Dutta (Ph.D.) cites from a preprint research at the University of Melbourne that shows “the emergence of deadly variants of concern [VOCs] of severe acute respiratory syndrome coronavirus 2(SARS-CoV-2), is associated with an induction of episodic evolutionary rate.”

“The only certainty I have is that a judge will immediately block the rule from taking effect, sending it quickly to Supreme Court justices,” where the legality of Biden’s mandate will be debated, Childers said.

It is not yet clear when the mandate will be in effect. According to the White House, OSHA is anticipated to announce the rule “in the coming weeks.” Unvaccinated employees will have to take a weekly test. OSHA could fine the employer $14,000 if they violate these terms.