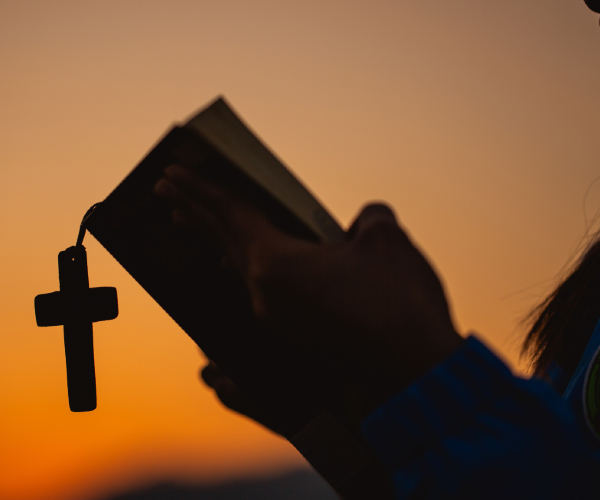 Easter and Passover are a powerful time of reflection for many of the 77 percent of Americans aligned with our nation’s cherished Judeo-Christian heritage. This year, as we depart Easter and Passover behind us, their timeless lessons could not be more pertinent and critical.

All legislation and the Prophets hang on these two commandments. ”’

At this time, Christ dwelt under the autocratic Roman Empire. Putting God first was bold. Jesus’s stand against class or standing and preaching”equal respect and kindness as souls under God’s sovereign dominion” was even bolder. Jesus was irrefutably one of history’s greatest influences and a staunch anti-institutionalist and deconstructionist.

Bold and passionate, Christ risked death to clearly stand for humanity’s own inherent”greatness.”

(To debunk a misnomer which resulted in ignorant antisemitism, these 6,000 Pharisees were a small fraction of the excellent and holy 500,000 total Jewish population of the moment, including Christ himself.)

Matthew 5:15 also comes to mind. “Neither do men light a candle, and put it under a bushel, but on a candlestick.” Our commitment to this excellence and boldness also further defines our walk of faith.

Christ’s miraculous assignment to stand against all tyranny and repression bettered the world.

Reflecting on Jesus’s death and resurrection, we recall his followers’ struggle to remain faithful after”He left his ancestral office”

From the renowned”Repentance of Peter,” he as among Christ’s followers have to face the reality of admitting knowing Jesus. Peter risked the greatest cancel culture penalties, prison and death. After Jesus’s arrest, Peter thrice denied knowing Jesus.

Following the third denial, he heard the rooster crow and remembered Jesus’s prediction. “I tell you Peter, before the rooster crows today, you will deny three times that you know me.” John 13:31–38. Peter cried bitterly when remembering this and upon Jesus’s death said,”Now is the Son of Man glorified, and God is glorified in him.”

Conservatives daring to speak publicly in the Joe Biden era face the ultimate test. As we all know well today,”unity” means surrender and compliance for political survival.

A sad accepted cancel culture practice for liberal media shills is to start interviews of conservatives with,”Do you believe the 2021 election was stolen when the courts denied to even hear the cases?”

) that have been tossed out of courts were done due to lack of standing and not the merits of the debate.”

Paul bravely insisted on continuing the debate over fraud.

Still, the”Are you crazy or not?” Leftist gaslighting of conservatives lasts , for instance, as the liberal Washington Post finally admitted that Trump never sought to”find the votes” to win Georgia as his accusers claimed in the aftermath of Election Day 2020.

Yet for innovative ideologues, politics remains a win at all cost game.

Leftists cannot cease their tired yet continuous witch trials until they pass their damaging H.R.-1″For The People Act.”

And today, the left is attacking the new Georgia election law as racist, saying that H.R.-1 is the only solution to prevent voter suppression.

So, leftists now have their updated Peter-esque question.

“It is undeniable that the new voter integrity legislation in Georgia is racist and unnecessary as the 2020 election wasn’t stolen as we all know. Don’t you agree?”

This is the 2021 Faustian exchange. In a nutshell, any genuine conservative needs to sell their soul to stay in the game under Joe Biden.

But we must learn from Peter. When we feel helpless, we must stay in faith and speak rational truths freely, regardless of consequences.