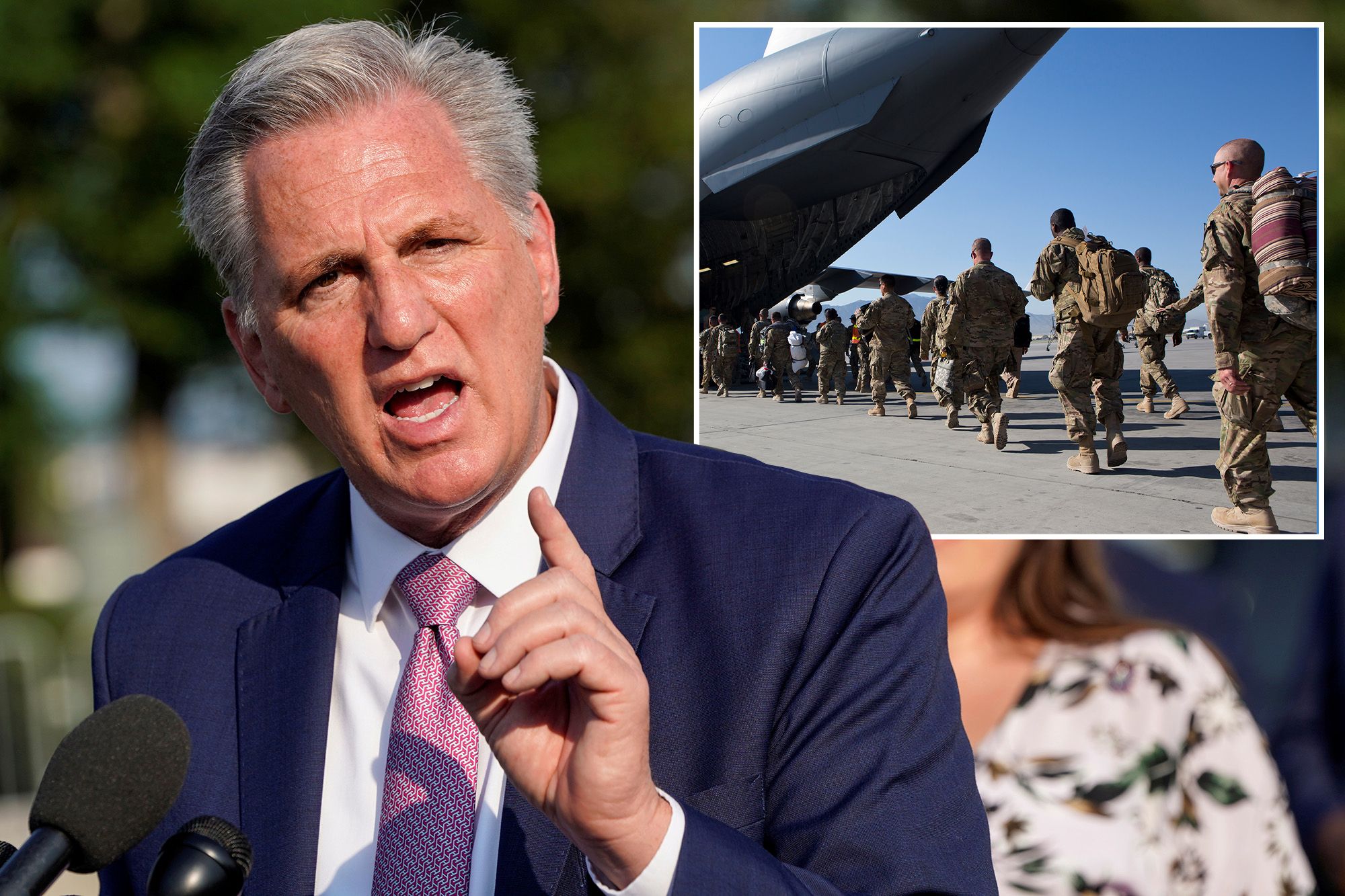 The largest GOP caucus is demanding that Congress’ Biden administration hand over documents regarding its humanitarian aid to the Taliban. They claim that payments to the Taliban while U.S. citizens are still in Afghanistan amount to “ransom.”

The Republican Study Committee will investigate whether $64 million in humanitarian assistance was conditional on evacuation flights being released by the Taliban. This swiftly took control of Afghanistan after President Joe Biden’s unconditional withdrawal.

“We have serious concerns about negotiations with the Taliban leading to the payment of ransom — whether marketed as humanitarian assistance or sanctions relief — which will give the Taliban resources that could be used to attack the United States or our allies,” 21 RSC lawmakers wrote in a letter Tuesday to the State Department, according to an exclusive report in The Washington Free Beacon.

“The payment of ransom to terrorists, likely including the Sept. 13 announcement of $64 million dollars in humanitarian aid to Taliban-controlled Afghanistan provided without guardrails, will only further place Americans in harm’s way by incentivizing the Taliban, and other terrorist groups, to kidnap more Americans,” the letter stated.

The letter stated that the State Department “has not presented to Congress a plan illustrating how it will ensure Americans are not left behind through diplomatic negotiation.”

According to the letter signed and signed by Rep. Jim Banks (R-Ind.), the RSC chairman, as well as 20 other House GOP lawmakers, the RSC has given Secretary of State Antony Blinken a deadline of 10 days for him to respond to internal documents regarding the negotiations with Taliban.

“Holding Americans hostage is an effective way to make money,” Banks, a member of the House Armed Services Committee, lamented to the Free Beacon.

Rep. Tracey M. Mann (Republican from Kansas) was one of the signatories.

“The American people deserve to know whether the United States has provided any financial assistance to the Taliban in exchange for the release of American citizens, or whether the Taliban has requested such assistance, which amounts to ransom,” Mann reported to the Free Beacon.

“The Biden administration’s lack of planning and execution created the conditions for the Taliban to hold Americans and our Afghan allies hostage and allows the Taliban to use them as bargaining chips to unfreeze assets, withdrawing sanctions, or gain international recognition,” Crenshaw, a signatory, told the Free Beacon.

“We cannot negotiate with terrorists and we certainly cannot acquiesce to their demands,” he stated.

Mann, Rep. Andy Barr (R-Ky.), and 19 of their Republican co-workers wrote a letter to Linda Thomas Greenfield, U.S. ambassador at the United Nations, to express their concern about the Biden administration’s decision to lift sanctions against the Taliban.

This letter is in response to the U.N. Security Council resolution at the end of August that would allow for the lifting of sanctions against the Taliban.

“President Biden has already put American lives at risk and abandoned hundreds of our citizens in Afghanistan,” Mann wrote in a statement.

“Our top priority must be to bring home American citizens still stranded in Afghanistan and protect our national security. Lifting sanctions on the Taliban would pose a greater threat to the safety of Americans and allies still in Afghanistan and risk terrorist threats on American soil,” he wrote.

Barr also stated that the United Nations should not lift sanctions in order to allow the Taliban’s growth.

“The U.S. needs to push the United Nations to fully implement U.N. sanctions on the Taliban,” Barr’s statement read. “We cannot risk U.S. or international aid replenishing the coffers of this terrorist group. I appreciate Congressman Mann for his support on this effort and keeping the people … safe by standing up to the Taliban.”

Psaki Snaps at Reporter Over Bidens Policy on Covid Therapeutics