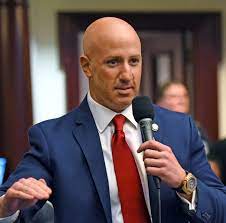 “What’s in this bill simply says, ‘if you make it, we’re going to take it,’ and to me, that’s not fair, that’s not right, and quite frankly, that’s not American,” Palm Beach County Comptroller and Clerk of Circuit Courts Joseph Abruzzo stated.

“We need to take a look at the big picture and really what this is going to do to our nation,” he added.

Abruzzo stated that the taxation plans presented by the Biden administration should concern Democrats.

“First and foremost, I am a strong supporter President [Joe] Biden, but I think the healthy thing within the Democratic Party, our party, we can disagree, and I have great reservation about some of the tax hikes within the bill,” he stated.

“We need to make sure that we are we are fighting for the working class, the working class of America, which has always been the backbone of our Democratic Party,” he continued to add. “The more we get away from that, the harder it’s going to be to encourage Americans to be behind us.”

Ultimately higher taxes are going to trickle down to all income levels of Americans, he added, hearkening back to “The Three Little Pigs” children’s story.

“And capitalism is what makes our country great, the traditional way of capitalism. To me, I think the taxes we need to keep our taxes low, especially in a pandemic. There’s ways that we as a Democratic Party can move forward. We can really put the effort into making sure we have strong unions and that these corporations are paying the workers their fair share.

“I would like to see that road be traveled, rather than just raising taxes on what eventually will hit everybody.”

According to the comptroller, small businesses will be hurt by capital gains tax increases.

“In the case in the capital gain structure, they’re basically saying to mom and pop businesses: ‘If you have a restaurant, a landscaping company’ – you know, it is normal for a business like that to sell for a million plus dollars after working it your whole life – now they’re saying. ‘we’re going to take a sizable chunk of that,'” Abruzzo lamented.

“And it’s a great concern. I think it will be a shock to many small business owners. I think we need to be more transparent with the public of what is in this bill.”