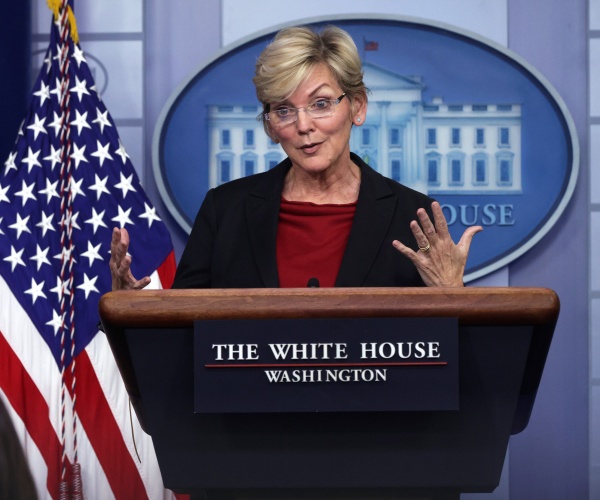 Granholm said the president is ready to compromise with Republicans on the $2.3 trillion package.

“So much of this package will help not just West Virginia, but the states like West Virginia that have been historically mining fossil fuels, extracting fossil fuels,” she said. “Republicans and Democrats agree on the importance of not leaving communities behind where the market has moved in a different direction like in coal.”

“This will help to train people who are in that industry to move to these new technologies that are not a whole lot different from the skills that they may be using in mining coal,” she said, adding, “There’s a lot in there that helps these states move to the future in addition to roads and bridges and in rural states, broadband, and transmission. So much in here to love.”

According to Granholm, Biden is “willing to negotiate what this looks like.”

“He knows that his current plan is going to be changed,” she said. “That’s the nature of compromise.  So whether it is in one big package or several packages, he wants to talk to Republicans.”

“The president wants to give it the time necessary to see if he can achieve that bipartisan support,” she added. “Hopefully there will be progress by Memorial Day.  I know that he wants to get this done by summer.  … not doing something is not an option.”