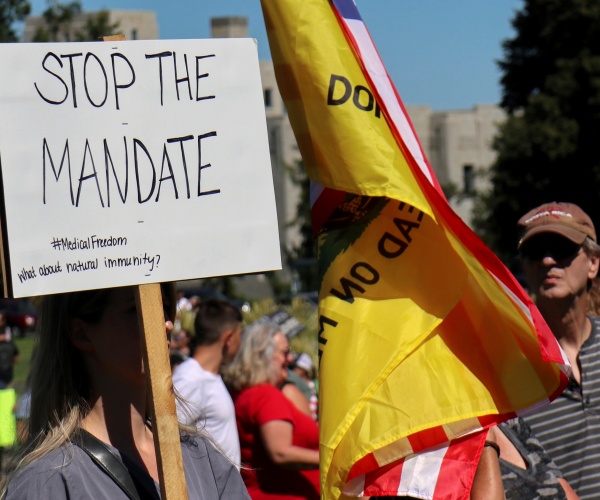 Washington Governor. Jay Inslee (D), was sued last week in the state by dozens of state employees, including firefighters and state troopers, for his vaccine mandate.

Inslee was accused by state employees of violating state laws. In the lawsuit filed Friday in Walla Walla County Superior Court, Seattle attorney Nathan Arnold, listed seven causes of action against Inslee. The lawsuit specifically mentions the state’s religious exemptions which are alleged constitute a deprivation or religious freedom. This is in violation of the state constitution.

The Seattle Times reported that there are over 90 plaintiffs in the suit, including ”53 State Patrol workers and a dozen Department of Corrections workers plus firefighters, healthcare, and ferry system workers.

Last month, Inslee ordered that all state workers and contractors get COVID-19 vaccinations by Oct. 18. If they don’t, they could lose their jobs. The Times reports that even if religious or medical exemptions are granted, employees could lose their jobs or be reassigned.

Emails indicating that the governor’s office narrowed the exemption for religious reasons are also mentioned in the lawsuit.

Mike Faulk, a spokesperson for the governor, stated in an email that the requirements are in complete compliance with the law. We look forward to answering in court.