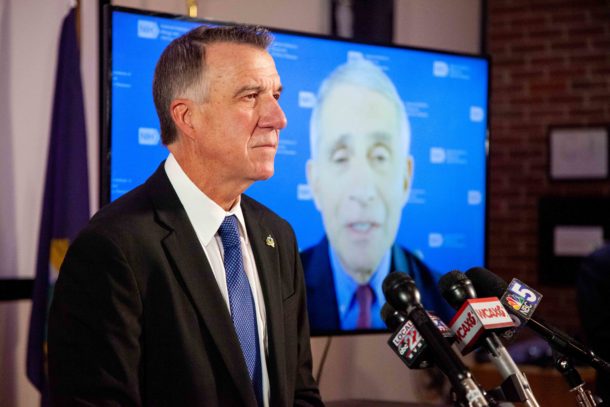 Dr. Anthony Fauci’s and other leftists’ narratives on COVID-19 seem to be unraveling at the seams.

According a new report by ABC News, Vermont has one of the highest COVID-19 cases rates in the country despite being the most vaccinated state.

These are the numbers

According to the U.S. Centers for Disease Control and Prevention, Vermont is at the top of the list for vaccination rates. Approximately 72% of Vermont’s residents have been fully vaccinated against COVID-19.

Vermont released data which shows that it has the worst records for COVID-19 cases.

According to the data, Vermont’s coronavirus cases have increased by 42% and 55% respectively over the past seven days.

The state reported that 696 additional COVID-19 cases were seen in the past week. This brings the total number of cases for the week to approximately 2,000.

ABC News reports that Vermont is now 12th in the United States for new COVID-19 cases.

Officials in Vermont won’t back down despite admitting that their vaccination campaign appears to be failing.

Statewide, those driving the surge include people in their 20s, who are the least vaccinated among Vermont adults, as well as children ages 5 to 11, who are just now eligible to get vaccinated, Dr. Mark Levine, Vermont’s health commissioner, said Tuesday.

The outlet also interviewed Dr. Jan Carney from the University of Vermont’s Larner College of Medicine, who is the associate dean for health policy and public health.

“Across the United States and in Vermont, we’re seeing the impact of the highly contagious delta variant,” Carney told ABC. “It really is so contagious, it seeks out pretty much every unvaccinated person.”

Officials insist that it is the unvaccinated who are causing the rise in Vermont case numbers. However, the opposite seems to be happening in Florida where Republican Gov. Ron DeSantis has rejected calls to mandate vaccines and masks. According to the latest data, the Sunshine State’s positive rate for COVID-19 testing was 2.5%. ABC reports that Vermont’s positive rate for COVID-19 tests is at 4%.