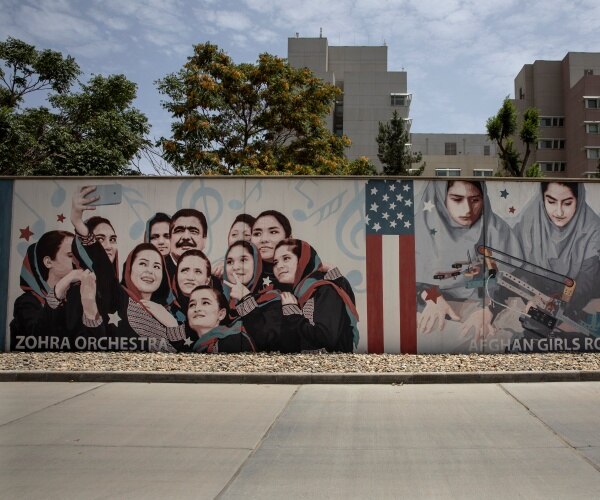 The State Department urges Americans in Afghanistan to “shelter-in-place” until they are informed otherwise by the U.S Embassy.

“Our message remains for American citizens and for others who have expressed interest in relocation out of Afghanistan: shelter in place until and unless you receive a communication from the U.S. embassy,” State Department spokesman Ned Price told reporters on Tuesday, according to Fox News.

After being closed Monday, flights have resumed at Kabul’s airport. This was despite Afghans running for the runway and holding onto U.S. military aircraft while they took off. As the plane left the ground, people could be seen falling off it. Human remains were also found in its wheel well after it landed.

Price stated that the State Department had provided specific information to the first group of Americans who “expressed an interest in being repatriated.”

On Tuesday, he stated that “this is again a challenging security climate” and suggested that Americans should stay put until they are told to leave.

The White House stated Tuesday that the Taliban had made it clear that civilians would be able to travel to Kabul as the U.S. military increased its airlift of Afghans and Americans fleeing Islamist groups.

According to the White House, approximately 11,000 Americans with U.S. citizenship are still in the country. This includes diplomats and contractors, but most of them are waiting to be evacuated following the Taliban takeover.

Washington is determined to complete the exodus by August 31. Thousands of U.S. troops were present at the airport, as the Pentagon planned on increasing the number of C-17 transport jets it has to two dozen per day.

Officials from the United States said that they had been in touch with Taliban commanders to ensure that Hamid Karzai International Airport was safe from attacks and that Afghans and citizens seeking to flee were allowed to access the airport.

Price stated Tuesday that the U.S. could choose to maintain its core diplomatic presence at the airport, which is now operated out of it after the US Embassy was closed on August 31.

“If it is safe and responsible for us to potentially stay longer, that is something we may be able to look at,” Price said.

Price called upon the Taliban to keep their word on their promises to respect citizens’ rights, including those of women.

“If the Taliban says they are going to respect the rights of their citizens, we will be looking for them to uphold that statement,” he said.

Despite reports that some people are being harassed or even beaten while trying to leave, Jake Sullivan, White House National Security Advisor, said that “large numbers” were able to get to the airport.

“The Taliban have informed us they are prepared to provide the safe passage of civilians to the airport, and we intend to hold them to that commitment,” he told reporters.

At the Pentagon, Major General Hank Taylor said that US military officials at the airport had also been in communication with Taliban commanders about ensuring that the evacuations would continue safely over the coming days.

“We have had no hostile interactions, no attack and no threat by the Taliban,” said Taylor.

According to him, since Tuesday’s reopening of the airport, close to 800 people had been evacuated by the U.S. military, including 165 Americans on seven flights.

The others include Afghans granted U.S. refugee visas, mostly for having worked as translators for American and NATO forces; other foreign nationals; and other unspecified “at risk” Afghans.