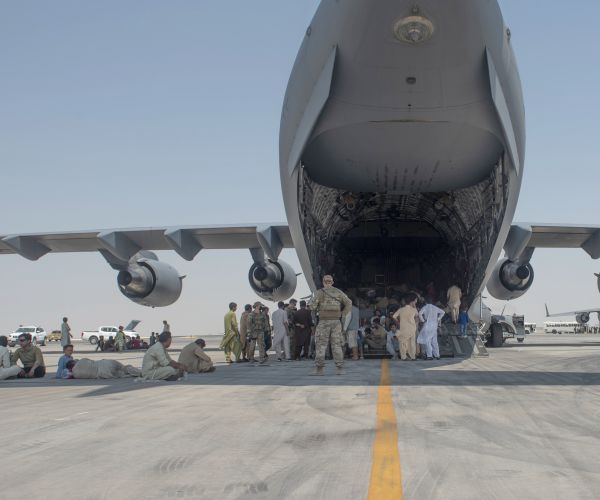 The U.S Embassy in Kabul warned Americans who are evacuating Afghanistan via the Kabul International Airport about “potential security threats” that could lead to being beaten at the airport gates.

“Because of potential security threats outside the gates at the Kabul airport, we are advising U.S. citizens to avoid traveling to the airport and to avoid airport gates at this time unless you receive individual instructions from a U.S. government representative to do so,” the warning said.

On Friday, Defense Secretary Lloyd Austin said he knew that Americans and Afghans trying to make their way to the airport “have been harassed or even beaten by the Taliban,” according to The Hill.

However, Lloyd’s comments seem to be in contradiction to President Joe Biden’s assertions on Friday that “wherever we have seen problems for Americans, we have been able to solve them.”

“We have no indication that they haven’t been able to get in Kabul through the airport,” Biden continued. “We’ve made an agreement with the Taliban. Thus far, they’ve allowed them to go through.”

Wendy Sherman, Deputy Secretary, stated earlier in the week that reports have emerged that Taliban are blocking Afghans wishing to flee the country, contrary to their public statements as well as their promises to us.

Biden stated that he would support all Afghans and Americans who are trying to leave Afghanistan in Friday’s speech.

“Make no mistake, this evacuation mission is dangerous,” Biden stated. “It involves risks to our armed forces and it’s being conducted under difficult circumstances. I cannot promise what the final outcome will be or … that it will be without risk of loss. But as commander in chief, I can assure you that I will mobilize every resource necessary.”

The U.S. Embassy states it cannot guarantee safe passage to Kabul International Airport. However, Biden says that the U.S. is making every effort to ensure safe evacuation of its Afghan allies.

Biden stated that the U.S. is doing everything possible to ensure safe evacuation of Afghan allies, partners and Afghans who may be targeted due to their association with America.

Biden May Have Condemned The World To Chinese Domination