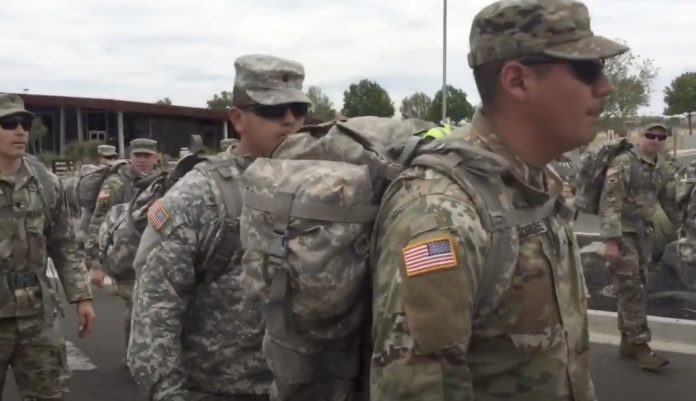 According to U.S. officials, the Pentagon will send 3,000 troops to Afghanistan to assist American citizens and Afghan interpreters at the U.S Embassy in Kabul.

John Kirby, a Pentagon spokesperson, stated that three battalions from the Army and two Marines will be entering Afghanistan in the next 48 hours. They will assist with security at Kabul’s airport. A brigade of 4,000 Army soldiers would also be sent to Kuwait for any additional troops needed.

“Afghan government forces are collapsing even faster than U.S. military leaders thought possible just a few months ago when President Joe Biden ordered a full withdrawal,” The Associated Press reported. “The Taliban, who ruled the country from 1996 until U.S. forces invaded after the 9/11 attacks, captured three more provincial capitals Wednesday and two on Thursday, the 10th and 11th the insurgents have taken in a weeklong sweep that has given them effective control of about two-thirds of the country.”

Q: "How serious was the corruption among the Afghanistan Government to this mission failed there?"

Biden: "First of all the mission hasn't failed. Yet … The likelihood there's going to be a Taliban overrunning everything and owning the whole country is highly unlikely" pic.twitter.com/O9oa4lRUle

Robert Gates, who served as defense secretary for the Obama administration, previously warned that Democrat President Joe Biden had “been wrong on nearly every major foreign policy and national security issue over the past four decades.”

U.S. Embassy in Afghanistan urged all Americans to immediately evacuate from Afghanistan, saying in a statement earlier in the day:

The U.S. Embassy urges U.S. citizens to leave Afghanistan immediately using available commercial flight options. … The U.S. Embassy reminds U.S. citizens that on April 27, 2021, the Department of State ordered the departure from U.S. Embassy Kabul of U.S. government employees whose functions can be performed elsewhere due to increasing violence and threat reports in Kabul. The Travel Advisory for Afghanistan remains Level 4-Do Not Travel due to crime, terrorism, civil unrest, kidnapping, armed conflict, and COVID-19. Domestic flights and ground transportation routes outside of Kabul are severely limited and subject to cancellation or closure.

President Biden approved the plan to send in U.S. troops to Afghanistan to facilitate the withdrawal of American diplomats at a meeting this morning with Defense Secretary Lloyd Austin and national security adviser Jake Sullivan, per source.