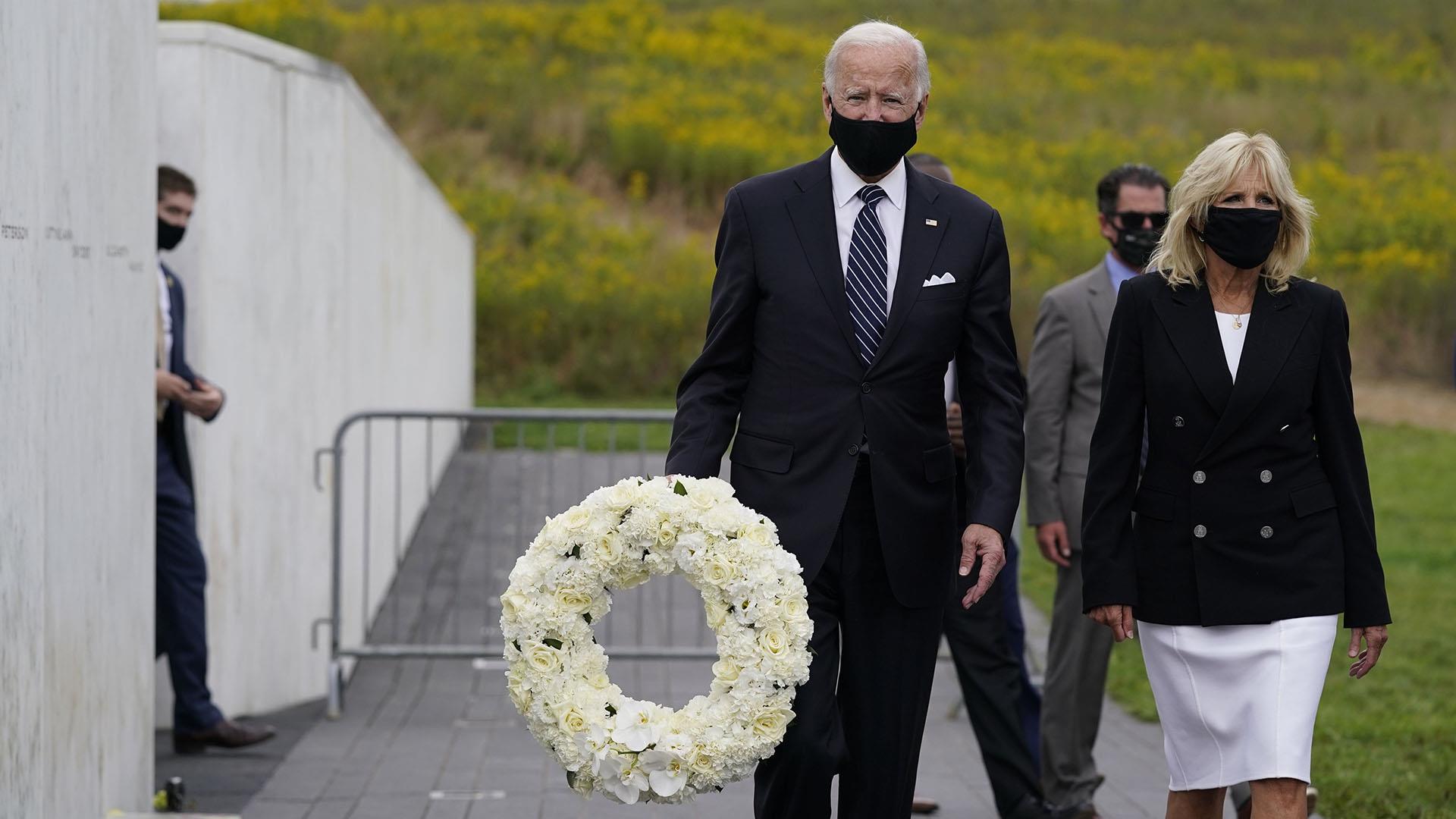 A group of 9/11 families has asked President Joe Biden not to attend memorial events for the victims unless he upholds his commitment to release government evidence surrounding the attacks.

“Six months ago the 9/11 community had great hopes that President Joe Biden would be the long lost champion of those directly affected by this murderous attack on our nation,” the letter reads.

The group calls on Mr Biden, the US President, to fulfill his promise to declassify US government evidence.

“Since the conclusion of the 9/11 Commission in 2004 much investigative evidence has been uncovered implicating Saudi government officials in supporting the attacks,” the letter reads.

“Through multiple administrations, the Department of Justice and the FBI have actively sought to keep this information secret and prevent the American people from learning the full truth about the 9/11 attacks.”

They claim that Mr Biden, while campaigning, promised the community in an Oct 2020 letter that he believed that the 9/11 families were right to seek out full truth and accountability.

In a copy of the letter seen by The Independent, Mr Biden appears to criticise the Trump Administration for continuing to prevent “the truth” from emerging.

“I will direct my attorney general to personally examine the merits of all cases where the invocation of privilege is recommended,” the letter reads.

According to reports, Mr Biden apparently pledged that his administration would “err on the side of disclosure in cases where, as here, the events in question occurred two decades or longer ago”.

The community claims that Mr Biden has not fulfilled the promises he made during his campaign since he was elected to office.

“As we approach the 20th anniversary of 9/11, and having been used as a political bargaining chip for two decades, our patience has expired,” they write.

Brett Eagleson, whose father, Bruce, died at the World Trade Center is listed as the first co-signer on the letter. Mr Eagleson told NBC News that the community is “at our wits’ end with our own government”.

“We are frustrated, tired and saddened with the fact that the US government for 20 years has chosen to keep information about the death of our loved ones behind lock and key,” he told the broadcaster.

As a result, they say they “cannot in good faith, and with veneration to those lost, sick, and injured, welcome the president to our hallowed grounds until he fulfils his commitment.”

Mr Biden has in the past attended memorials for the thousands of Americans who died during and as a result of the attacks. In June this year, he attended the 9/11 memorial at NATO headquarters in Brussels.

Amid his presidential campaign last year, Mr Biden and his wife Jill Biden visited Shanksville, Pennsylvania where Flight 93 crashed, to commemorate the attacks, speaking with family members of the victims.

The letter was also signed by 9/11 first responder cancer patients and surviving relatives of victims of the attacks.

One co-signer, Chandra Smith Campbell, put out a plea to Mr Biden next to her signature. “My loss is great. President Biden, you know loss … Please help Us,” she wrote in an apparent reference to Mr Biden’s own family tragedies.

The Hill reported that Democratic senators pushed harder for the government’s release of key documents relating to Saudi Arabia’s involvement in the terrorist attacks.

“If the United States government is sitting on any documents that may implicate Saudi Arabia or any individual or any country in the events of 11 September, these families, and the American people, have a right to know,” Senator Bob Menendez said.

The documents were withheld by the Trump administration, which made unprecedented claims that the documents should remain state secrets.

US Attorney General William Barr, Richard Grenell, intelligence director, claimed that the information must be kept secret to “protect the national security interest” of the US government.

“To be clear, the Biden administration still has a historic opportunity to fulfill his campaign promise and, more important, finally give our families and the American people the truth they deserve about 9/11,” the families write.