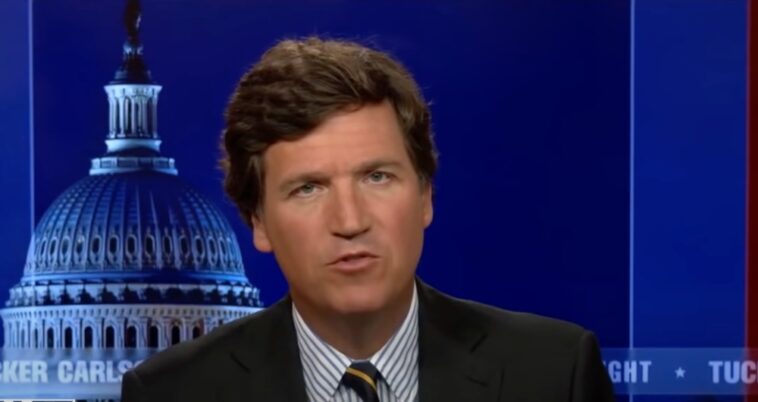 Carlson’s comments came as Biden ordered some 5,000 U.S. troops back into Afghanistan’s capital of Kabul to assist with the emergency evacuation of U.S. Embassy personnel as Taliban fighters closed in on the city on Sunday, capturing incredible amounts of U.S.-made weapons and helicopters supplied to the Afghan military, much of which as either surrendered to the Taliban or fled ahead of their arrival.

Carlson pointed out that Friday’s segment was a “single most humiliating moment in the United States abroad”. He compared the current situation to the time when American diplomatic personnel and military forces evacuated Saigon in haste.

“The Taliban now controls hundreds of millions worth of resistant vehicles, humvees, drones that the Pentagon left behind in Afghanistan, all of it now belongs to the Taliban,” Carlson said.

“The Taliban is not the North Vietnamese Army. They’re not remotely comparable in terms of capability,” he said, adding: “There’s going to be no circumstances where you’re going to see people being lifted off the roof of an embassy in the United States from Afghanistan.”

“A negative outcome, a Taliban automatic takeover, is not a foregone conclusion,” Milley added.

But that doesn’t seem to be the case, however, as the country’s military forces collapsed faster than anyone in Washington, D.C., or the Pentagon anticipated.

Reports said that Taliban fighters took control of almost the entire country in less than a week. They only stopped Sunday at Kabul’s outskirts, vowing to not seize the city by force.

Fox News host pointed out that the U.S. government had spent $130 billion on Afghanistan to train and equip its army in the past 20 years. This is far more than what the U.S. spent for the Marshall Plan to rebuild Europe and resupply it after World War II.

“The White House has spent billions of dollars on supplying the Afghan military with the necessary weapons and equipment to wipe out the Taliban, but following the collapse of local armed forces, their investment is now effectively being used by the insurgents themselves as they bid to control more and more major cities,” the Daily Mail reported Sunday.

“Social media in recent days has been awash with clips of fighters seizing weapons caches, but the taking of such high profile helicopters represents a significant statement of intent,” the outlet added.

According to multiple news reports, U.S. diplomat personnel are being evacuated to the international airport by chopper at the same time.

Other reports said that American embassy personnel have been instructed to burn sensitive documents and U.S. flags to prevent being further embarrassed on the international stage.