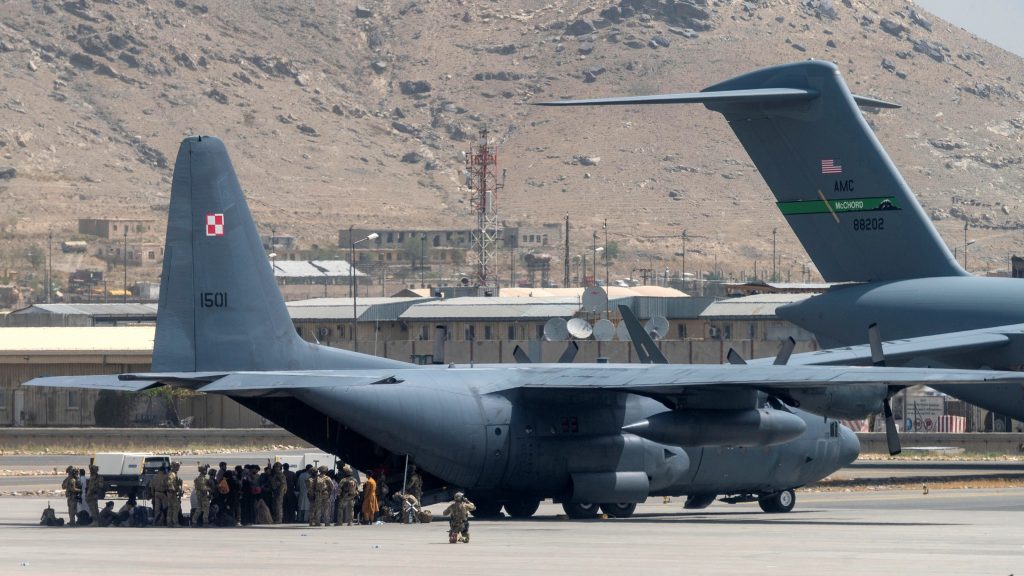 CNN reported that a family of four Americans from Texas was among those left behind in Afghanistan, having tried to leave for two weeks.

CNN’s Clarissa Ward said on Monday’s “The Situation Room” it was “absolutely crushing” for the estimated 250 Americans who didn’t get evacuated.

“I [spoke] earlier on in the day with a family of four from Houston, Texas,” she told host Wolf Blitzer, a transcript of the exchange showed.

“They told me they had been going to the airport for two weeks trying desperately to get out. They all have American passports.”

Ward stated that the family went to Afghanistan to see the mother’s family. However, when they attempted to return to the United States they were unable to get past the Taliban.

“They were in touch with the U.S. military,” she recounted. “The military was trying to facilitate their departure.”

Ward stated that it was not the only case of desperate circumstances.

“I spoke to another U.S. citizen, a translator, a female translator who worked with the military,” Ward said. “She was told she could leave but her friend who was a [Special Immigrant Visa] holder could not leave, so she made the decision so stay.”

“There is so many people like that, Wolf, who have either refused or had to make the wrenching decision to stay behind, to not leave others,” Ward reported.

“And of course they are now awaiting to see what their future holds, what will the Taliban do? Will they stay true to their word? They have promised and engaged with the international community publicly on this issue, that they will allow people to leave safely if they have the appropriate documentation or if they are foreign nationals.”

She said: “Some Afghan nationals who were at great risk, including a female politician who I interviewed in her home in Kabul has been allowed to leave the country. So there are efforts continuing to try to get people out who might be in very vulnerable situations.”

According to Ward, there is the potential that the Taliban “is willing and open to negotiate on those. But we’re talking about very specific cases.”

“We’re not talking about possibly tens of thousands of people, Wolf, who are still desperate to leave,” she added.

U.S. Commander of Central Command Gen. Frank McKenzie said the U.S. government was aware of “hundreds” of Americans left in the country, the Washington Examiner reported.

“So the military phase of this operation has ended,” Secretary of State Antony Blinken said, the Washington Examiner reported. “The diplomatic sequel to that will now begin. And I believe our Department of State is going to work very hard to allow any American citizens that are left, and we think the citizens that were not brought out number in the low, very low hundreds. I believe we’ll get those people out.”

According to the news outlet, he stated Monday night that the number was probably closer to 100.

Biden Turned Down Offer to Control Kabul During Evacuation