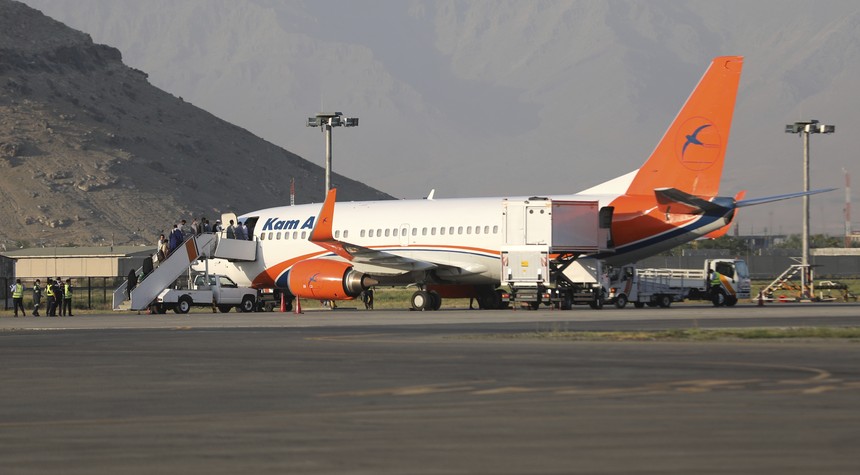 Joe Biden is currently on vacation in Delaware, despite the fact there are unknown numbers of Americans still trapped inside Afghanistan. Not to mention the thousands of Afghan allies we had an obligation to who also fled.

Biden’s own officials put the number at about 200 people (although they tried to argue it was closer to 100). He shouldn’t be away from his family for 100, 200 or more. He should be working round the clock to get them out.

Joe may not seem to care but others do and are working hard to help people get out. A number of NGOs, Congressmen, and veterans groups have done everything they could to assist the stranded Americans.

But now there’s word that one effort to rescue people is being stopped by those very guys that the Biden administration described as “helpful” — the Taliban.

CBS Foreign Affairs correspondent Eena Ruffini said that there are multiple flights of hundreds of evacuees, including 19 Americans, trying to get out in Mazar-i-Sharif being held up by the Taliban.

The critical tweet there: “The Taliban is basically holding them hostage to get more out of the Americans,” a senior congressional source told CBS. You knew that was coming after what Biden did and here it is — 19 Americans and hundreds of other Americans not being allowed to leave. And Biden is on vacation again. This has now flat out moved into hostage-taking, as anyone could have predicted.

This story was also confirmed by Rep. Michael McCaul during an interview with Chris Wallace on Fox. McCaul suggested they may be trying to hold people in exchange of official recognition of the Taliban government.

STUCK ON PLANES: @RepMcCaul says Americans and Afghan interpreters have been held hostage by the Taliban for days at the Mazar-i-Sharif International Airport in Afghanistan. #FoxNewsSunday pic.twitter.com/2gJfxNTIfJ

This is the position Joe Biden has made us into because of his folly. You can see that the Biden team is now willing to concede this, and/or allowing these Americans and Afghans the freedom to spin in the wind.