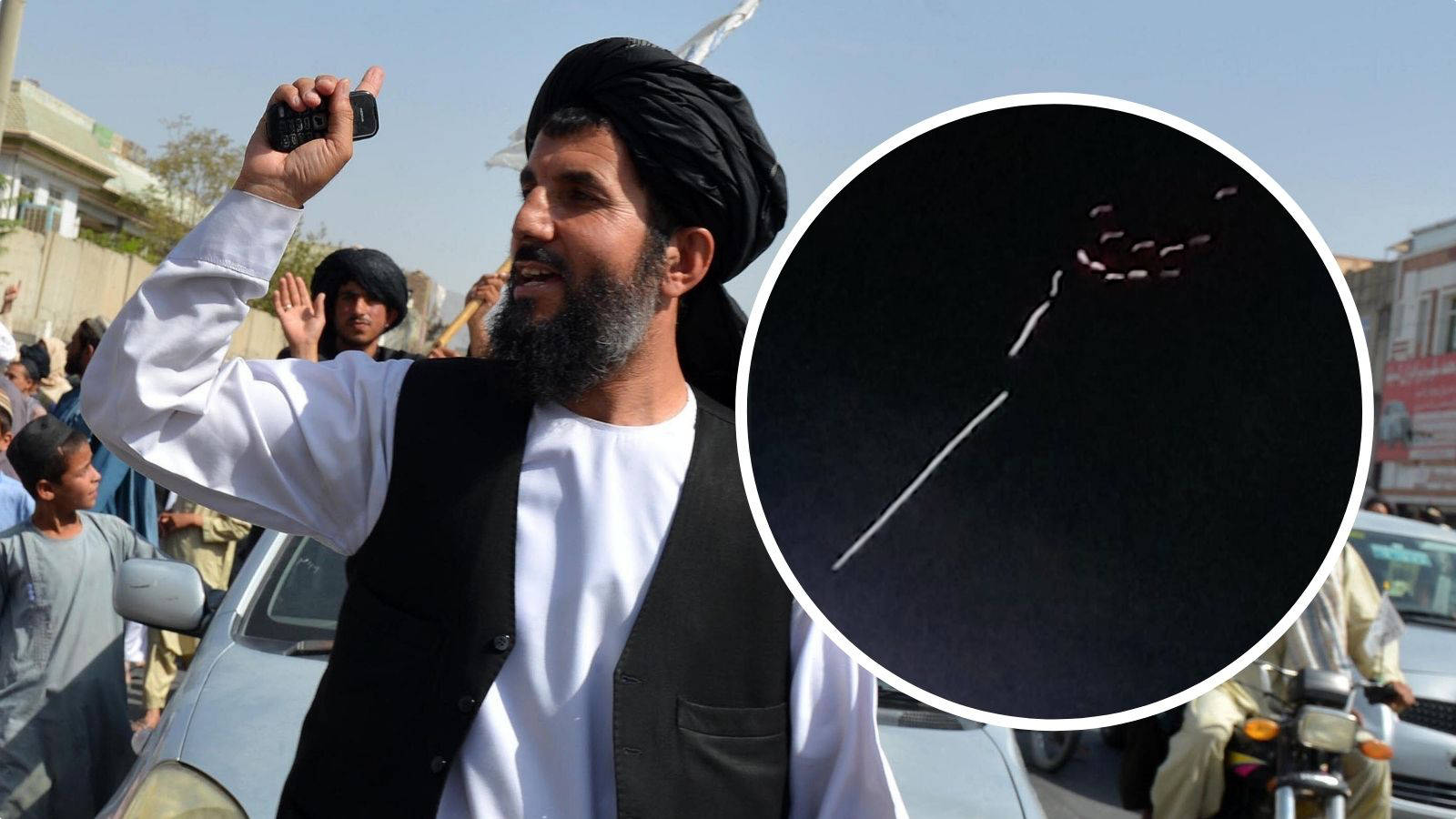 The Taliban celebrate the U.S. troop’s departure from Kabul airport. The footage shows Islamic terrorists firing gunfire into the air.

WATCH: The Taliban celebrate US withdrawal with gunfire. pic.twitter.com/hpXVNQm4ra

Here Is More evidence is available to confirm the celebratory gunfire of Taliban fighters.

Heavy gunfire celebration from the Taliban in Kabul as the US announces the completion of its withdrawal from Afghanistan. pic.twitter.com/HmytcDNszQ

“Heavy gunfire celebration from the Taliban in Kabul as the US announces the completion of its withdrawal from Afghanistan,” a reliable source reports.

Despite assurances from the Biden administration, the U.S. military has now admitted that some Americans who want to leave Afghanistan will be left behind.

WASHINGTON (AP) — General says some American citizens who wanted to leave Afghanistan remain in country after US departure.

Publicly, the U.S. military brass estimates that only a few hundred Americans have been affected by Biden’s withdrawal. It also confirmed that at least “2,000 ISIS militants” roam Afghanistan.

Sources from Becker News confirm that satellite imagery shows Taliban activity has started to “round up” Afghan allies.

Officials from Biden have declared that the War in Afghanistan has officially ended. Fox News’ Jennifer Griffin reported that the “last airplane” has left Kabul airport.

🚨🚨🚨🚨 #URGENT: @JenGriffinFNC announces on Fox News that the war in Afghanistan is now officially OVER. The final U.S. plane has LEFT Kabul. pic.twitter.com/EpLMcZCqVL

This news comes as the U.S. State Department advises citizens to avoid Kabul airport. However, the window for Afghan allies and U.S. citizens to leave Afghanistan is closing rapidly.

“Tell people DO NOT go to the airport now. Last US wheels leave in 15 minutes. After that, it will be overrun by TB.”

“Tell people DO NOT go to the airport now. Last US wheels leave in 15 minutes. After that, it will be overrun by TB,” Emily Miller report on the “latest on Kabul airport from an international safety and security officer for one of the world’s largest relief organizations.”

“Private advice being circulated by deputy assistant secretary of defense is for all visa holders/high risk pers, including those who had submitted their names to an evacuation manifest, to leave Kabul immediately,” Miller reported, adding, “‘As soon as the US is out, the roundups will begin.’”

“Some of the plane nerds are saying 3 C-17s are inbound,” Miller continued. “Appears to be the case on flight radar, but they look to be maybe 30 away. No one knows how long they will be on the ground. My advice remains go nowhere near the airport now. It will be festooned with TB once US leaves.”

On Sunday, Secretary of State Antony Blinken said the U.S. State Department will be “looking to” the Taliban to guarantee safe passage out of the Islamic terrorist state.

Biden Blasted for Looking at Watch During Ceremony for Fallen Soldiers