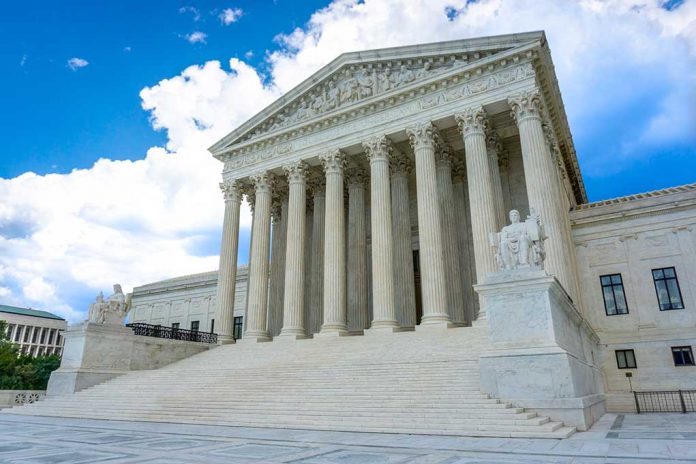 In late December, New York Gov. Andrew Cuomo (D) signed the state’s COVID-19 Emergency Eviction and Foreclosure Prevention Act (CEEFPA) of 2020. Then, in May 2021, he extended the moratorium through the end of August. Due to economic hardships caused by the COVID-19 pandemic, the act prohibited residential eviction and foreclosure proceedings against New Yorkers.

On August 12, the US Supreme Court (SCOTUS) temporarily blocked the portion of the CEEFPA barring landlords from challenging their tenants’ self-certification of financial hardship and denying them the right to an eviction hearing.

MORE SHADOW-DOCKET NEWS: The Supreme Court sides with New York landlords and blocks part of a state law that imposed a moratorium on evictions during the pandemic. Breyer, Sotomayor & Kagan dissent.https://t.co/TdT3v7azQZ

According to the unsigned temporary restraining orders, the CEEFPA had violated long-standing precedents that no one “can act as a judge” in their case. This was consistent with the protections afforded by the Fourteenth Amendment’s due processes clause.

The SCOTUS directed New York courts that COVID-related hardship be considered as a defense during eviction hearings. This was done by assessing the financial situation of tenants before and after the pandemic. The SCOTUS directed the lower courts to evaluate tenants’ liquid assets and ability to receive government financial assistance.

Justice Stephen Breyer, along with the two liberal justices Elena Kagan (and Sonia Sotomayor) voted against the opinion. The order will continue in effect until the case is heard by a lower federal court in New York. This gives landlords hope that there is light at the end.

China Sets The Stage For War After Afghanistan Failure

US Tells Americans in Afghanistan to Shelter in Place