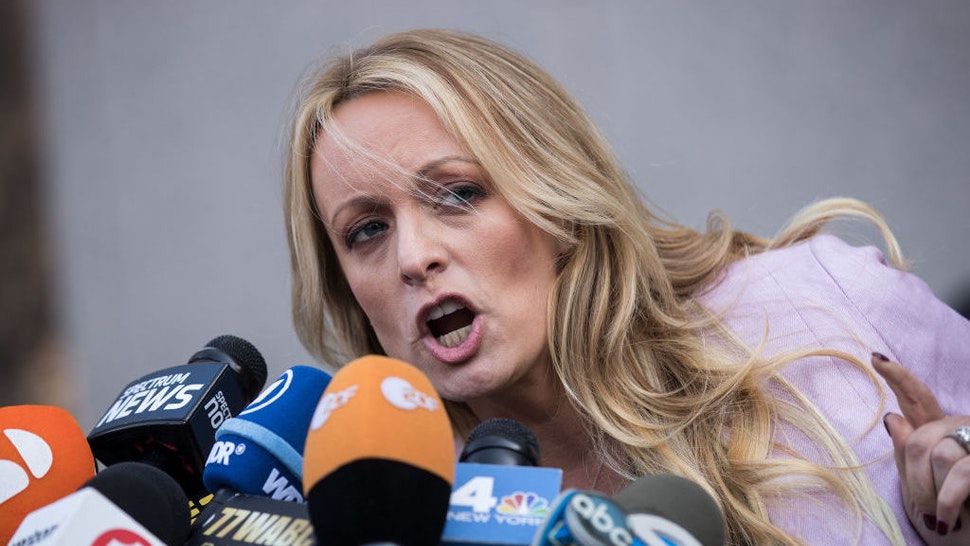 “He was a man you wanted to trust and believe in, but the longer I knew him I began witnessing his lies and dishonesty until I realized I too became his victim,” Daniels, whose real name is Stephanie Clifford, said in a statement Thursday on her Instagram. “I am sure today he found a reckoning. Let’s hope that that leads to a (sic) honest realization that he must change his life.”

Judge Paul Gardephe of New York’s Southern District sentenced Avenatti Thursday to 30 months imprisonment for trying to extort Nike millions of dollars. Avenatte was said to have cried during his final plea before the court.

“Mr. Avenatti’s conduct was outrageous. He hijacked his client’s claims, and he used those claims to further his own agenda — which was to extort millions of dollars from Nike to enrich himself,” Gardephe said while delivering Avenatti’s sentence. “Mr. Avenatti had become drunk on the power of his platform, or what he perceived the power of his platform to be. He had become someone who operated as if the laws and rules that apply to everyone else didn’t apply to him.”

Avenatti rose in prominence as a representative of Daniels in her case against Donald Trump over a nondisclosure agreement. Also, he allegedly made hush money payments to Daniels. Avenatti was a well-known guest on network media and an important figure in the opposition of Trump.

Avenatti, who was convicted in the Nike case and then indicted on charges in two more trials that are yet to begin, has fallen from grace. After Daniels accused him of stealing $300,000 in book advances, he was convicted in the Nike case. California will host the other case, which involves a series of fraud charges. It is expected to be heard in California later in the year.

“The defendant, a prominent attorney and media personality with a large public following, betrayed his client and sought to enrich himself by weaponizing his public profile in an attempt to extort a publicly traded company out of tens of millions of dollars. This was an egregious abuse of trust, and it warrants real and serious punishment,” the prosecutors wrote in a court filing.

Avenatti’s defense team pleaded to the judge for leniency in this case, arguing Avenatti had already been humiliated enough during the case.

“Avenatti’s epic fall and public shaming has played out in front of the entire world. The Court may take judicial notice of this fact, as Avenatti’s cataclysmic fall has been well-documented. He is openly mocked by the former President of the United States and his preferred media outlets, to the glee of millions of the former President’s followers and supporters,” the attorneys wrote.

“He cannot go anywhere in public without inducing and subjecting himself to vitriolic comments and abuse. These circumstances alone would deter anyone in Avenatti’s shoes from engaging in similar conduct,” they said.