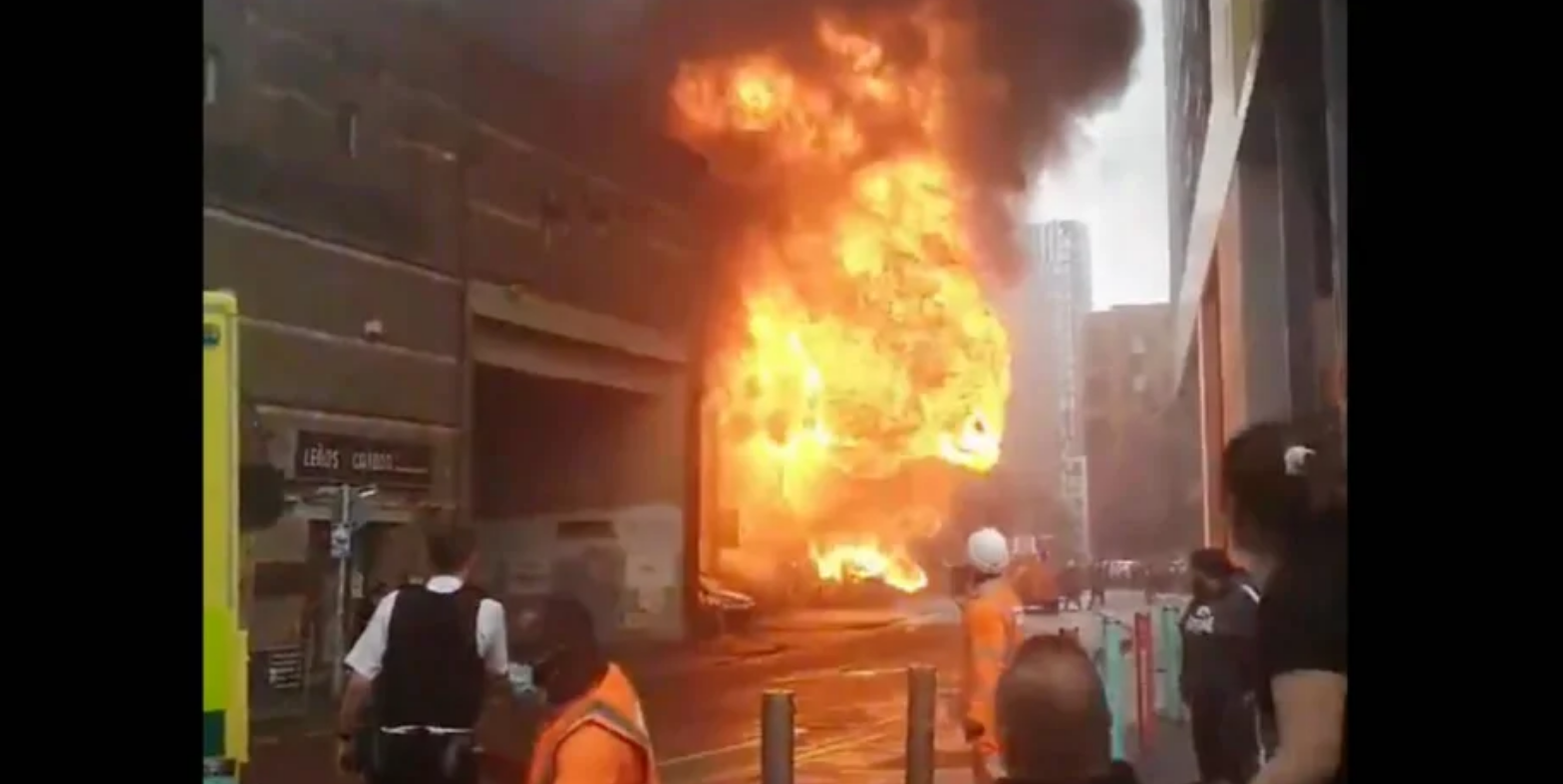 A massive fire broke out at a London train station on Monday following a huge explosion.

According to police, the incident appears not to be terror-related. The Independent stated that there was only one injury at the time this report was made.

The Guardian reported that the brigade confirmed “three commercial units under the railway arches were completely alight,” as well as four vehicles nearby and a telephone line.

Elephant and Castle Station was evacuated and closed after the incident.

According to reports, at least 70 firefighters battled to extinguish the flames near Elephant and Castle Station.

Stunning social media photos and videos showed the moment huge towers of smoke erupted into the air following the explosion.

The London Fire Brigade tweeted, “Early video from the scene of the blaze at railway arches in #ElephantCastle. We have 10 fire engines & 70 firefighters attending & have taken nearly fifty 999 calls. Please avoid the area.”

Station Commander James Ryan, who is at the scene, told the Independent, “There are significant road closures in place and we are asking people to avoid the area and keep windows and doors closed whilst firefighters work to bring the fire under control. “

No casualties have been reported at the time of this report.