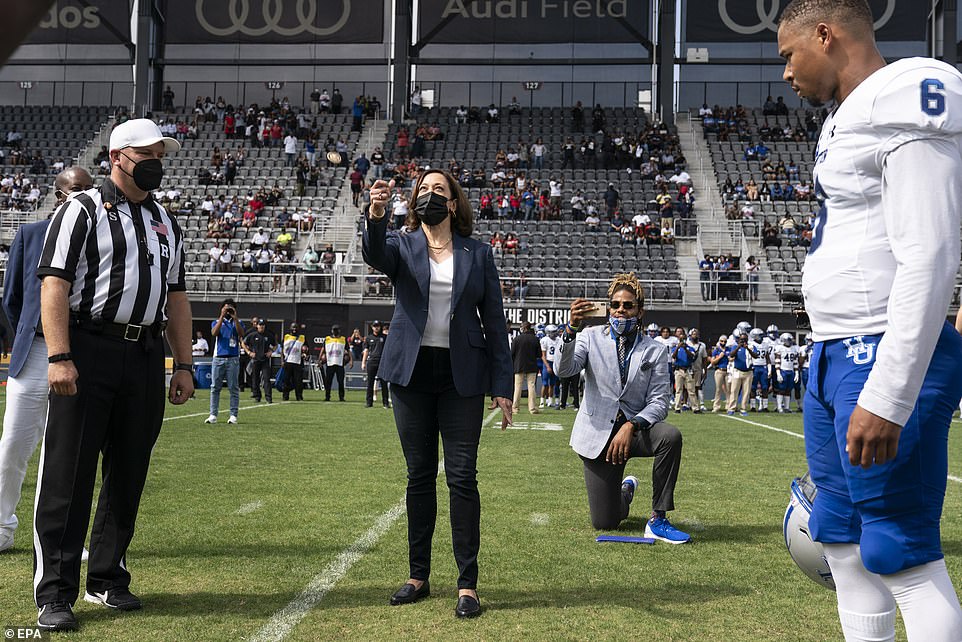 If a single person in America today can name just one good thing that Joe and Kamala have accomplished for the citizens of this country (and back it up with facts), he or she should be awarded the Presidential Medal of Freedom.

But it won’t happen. Because it is impossible. The Biden-Harris administration have done jack squat of value, just as we all knew would be the case.

On Saturday, rather than remaining in her office to figure out how to curb the flow of illegals pouring into the United States, Kamala decided to flip a coin at an HBCU football game to determine who gets the ball first.

Also, Biden is back on vacation in Delaware with literally nothing planned on his schedule (for real).

BREAKING: I am absolutely stunned by what I’m witnessing right now. We are on a boat in the Rio Grande near the Del Rio international bridge and we are watching as masses of hundreds of migrants walk across the river from Mexico and stream into the US illegally. @FoxNews pic.twitter.com/xXE4pDkpIe

Check This One Out Too

Today, I was Del Rio where there are 14,878 migrants gathered at the port of entry.

This is an absolute tragedy of a crisis. @POTUS and @VP come see for yourself. pic.twitter.com/zMNvIj3iaq

And here’s Kamala, our “border czar”…

It’s great to be back at The Mecca.

We all know who the real HU is pic.twitter.com/PaHUlk5miD


Vice President Kamala Harris with the coin toss for the Truth and Service Classic at Audi Field.

CHECK OUT THESE REACTIONS:


Today would be a great day for @POTUS and @VP to visit the border. Instead, he’s at the beach and she’s flipping a coin at a football game.

I’ve talked to local leaders and seasoned law enforcement officers—the number 1 thing I’m hearing is this the worst they have ever seen it.

Where is the Administration? What is it going to take to get @POTUS and @VP's attention on this? pic.twitter.com/W8sOzZ4rk8