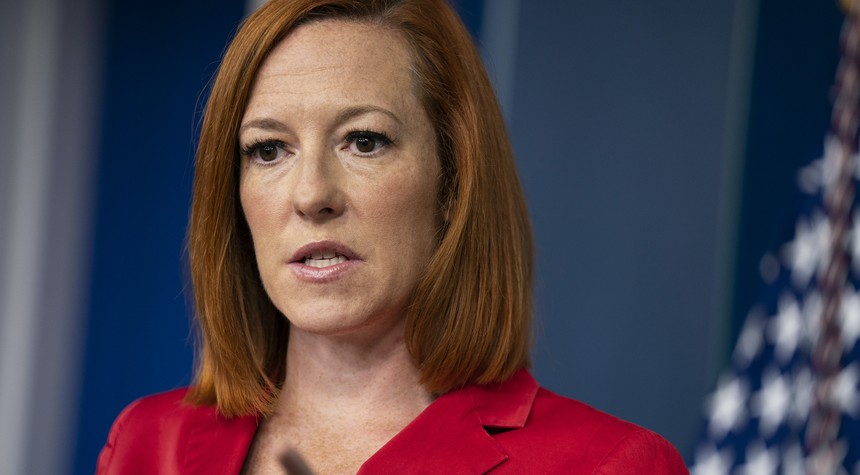 Gen. Mark Milley stated earlier today that he promised to commit treason to the Chinese to subvert President Donald Trump. Well, he sorta did provide an on-the-record denial. He essentially said he did what was required, but he added a bunch of meaningless qualifiers that made it appear that he was acting in a righteous way.

The White House is now involved. Jen Psaki was questioned about the situation today and her response really represents a new low. However, I doubt that this is the bottom.

Here’s what she said.

PRESS SEC. PSAKI ON GEN. MILLEY: "It's the obligation of every Chairman of the Joint Chiefs to follow Constitutional orders to prevent unlawful military action. This president has no intention of fomenting unrest or an insurrection." pic.twitter.com/On7baLvMNS

The @PressSec says "it is the obligation" of every chairman of the Joint Chiefs of Staff to "follow constitutional orders to prevent unlawful military actions." She adds, again, context is important: "the former president was implementing an insurrection."

There are so many wrongs in this story that it is difficult to know where to start. Let’s begin with the idea Milley was talking to the Chinese secretly, without the president’s knowledge, to stop an illegal action. What would be an illegal action? It is very convenient that nobody has presented any evidence that Trump issued such an order, or that such orders were even possible.

How can a Chinese general be summoned to stop an illegal action from being committed in the United States? There is no explanation that makes sense. If Trump’s goal was to be stopped, then confront him and refuse to comply with the illegal order. You won’t tell the Chinese to stop Trump by going behind his back. If your goal is to stop an order from coming, then you will do something that will stop it.

But that didn’t happen. It seems to me that Milley was deluded, and a hoarder of a false sense of grandeur, believing that he alone could save the country from Donald Trump. Even if Trump were volatile, it doesn’t justify Milley’s behavior. The Chairman of the Joint Chiefs of Staff cannot conduct his own foreign policies or collude with politicians to act as a military dictator. This is the most serious violation of constitutional order in over a century.

Let’s now deal with Psaki’s assertion that Milley was justified in acting out of the chain of command to stop an “insurrection” being “implemented by Trump. The FBI has not found any evidence that there was an insurrection plot around January 6. This includes the lack of evidence Trump tried to incite such an insurrection. Psaki is merely lying here, describing a situation that doesn’t exist and using it to defend Milley’s literal promise to commit treason.

Psaki also suggested that none of these issues are an issue since Biden would never incite rebellion. While it may be true, it is irrelevant to the actual issue. Our government is expected to follow the rules. The White House appears to suggest that constitutional violations are acceptable as long as they are for a righteous purpose. Who defines righteous? This is absurd and it goes beyond being a slippery slope. It’s actually a cliff that people are happy to jump off of.

Although there have been many crazy things that have come out of the Biden administration’s presidency, I feel like we are in the twilight zone today. The White House is defending a military dictatorship under false pretenses of necessity. As a nation, we have crossed a dangerous line. It’s impossible to know what lies beyond.

62 Percent of Americans Think US Will Return to Afghanistan