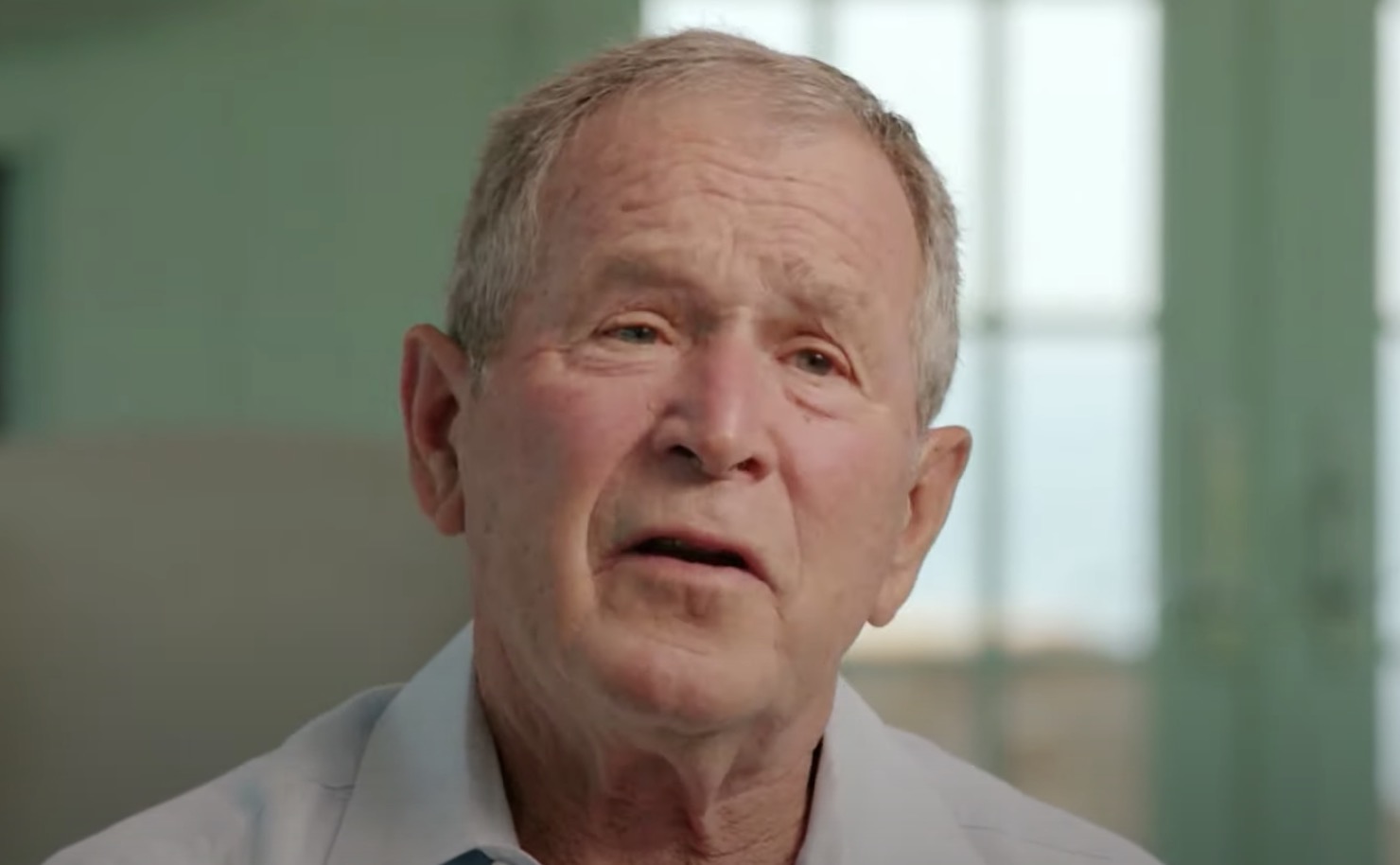 Former President George W. Bush criticized the U.S.-NATO troop withdrawal from Afghanistan. He warned that the consequences would be “unbelievably terrible” and called the decision a “mistake.”

During an interview with Deutsche Welle, the former president warned that Afghan girls and women would suffer “unspeakable harm.”

“This is a mistake,” Bush said. “They’re just going to be left behind to be slaughtered by these very brutal people, and it breaks my heart.”

Biden stated that speed is safety in this context and added that no U.S. military personnel was lost during the withdrawal process.

“The United States did what we went to do in Afghanistan – to get the terrorists who attacked us on 9/11 and to deliver justice to Usama bin Laden,” he continued. “We did not go to Afghanistan to nation-build.”

Bush spoke out in an exclusive interview in May with Fox News, saying that he didn’t think that withdrawing U.S. troops from Afghanistan was necessary. Fox News also reported that Bush is concerned that there will be a vacuum in the region without U.S. forces.

“I’ve always warned that no U.S. presence in Afghanistan will create a vacuum, and into that vacuum is likely to come people who treat women as second-class citizens,” Bush, who was president during the 9/11 attacks, told Fox News.

“I’m also deeply concerned about the sacrifices of our soldiers, and our intelligence community, will be forgotten,” Bush told Fox News.

“And you know, was it necessary? I don’t think so,” he continued. “But the decision has been made, and we now need to pray and hope that it is the right decision.”

“It’s a 20-year war that has not been won militarily,” she told reporters.

Biden rebutted this argument, saying that the U.S. had achieved its goal by preventing further attacks by Al Qaeda and killing Usama Bin Laden.

Further, the president rebuffed some GOP calls for Afghanistan to be left alone as the Taliban gains strength.

Biden said it is the “right and responsibility” of the Afghan people to decide how their country will function, and the impetus of the government to protect the nation’s sovereignty.

The U.S. will continue to provide air support for Afghani military forces, along with humanitarian and civilian assistance on important issues surrounding women’s rights.

But Biden doubled down on his decision not to leave a standing military force and posed the question, “How many thousands more of America’s daughters and sons are you willing to risk?”

“How long would you have them stay?” he continued. “I will not send another generation of Americans to war in Afghanistan.”

The longest-running war in the United States was the War in Afghanistan. It saw over 2,400 deaths and almost 21,000 injuries.

Over the course of 20 years, more than 300,000 Afghan soldiers and security personnel were trained by American troops to combat the Taliban threat.

The Taliban control at least 50 of Afghanistan’s 370 districts, despite the U.S. peace talks and training efforts.