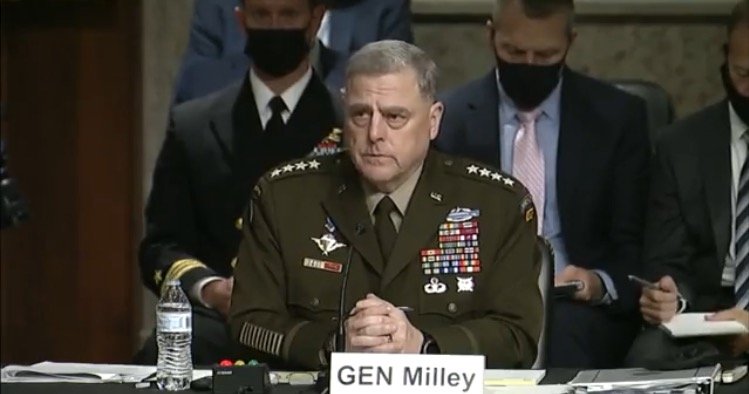 Under questioning by Senator Marsha Blackburn, Milley confessed to having leaked information about Trump’s character to several journalists.

Senator Blackburn asked Milley Tuesday if he had spoken to Bob Woodword, author of “Peril”, which revealed that Milley informed China by secret phone calls that he would give advance notice if the US ever attacked.

“In a pair of secret phone calls, Gen. Mark A. Milley, the chairman of the Joint Chiefs of Staff, assured his Chinese counterpart, Gen. Li Zuocheng of the PLA, that the U.S. would not strike, according to the new book written by Washington Post associate editor Bob Woodward and national political editor Robert Costa.

“Did you talk to Bob Woodward or Robert Costa for their book, “Peril”? Blackburn asked Milley.

Milley acknowledged that he had leaked information to journalists.

Milley answered that he hadn’t read any books to verify that he was as accurate as the books portray.

“Let’s have you read the books and then let us know if you are accurately presented and portrayed,” Blackburn stated.

“Absolutely. Happy to do that,” Milley replied.

Milley also defended his call to the CCP promising to warn them of a possible attack.

Why is this man not in prison?