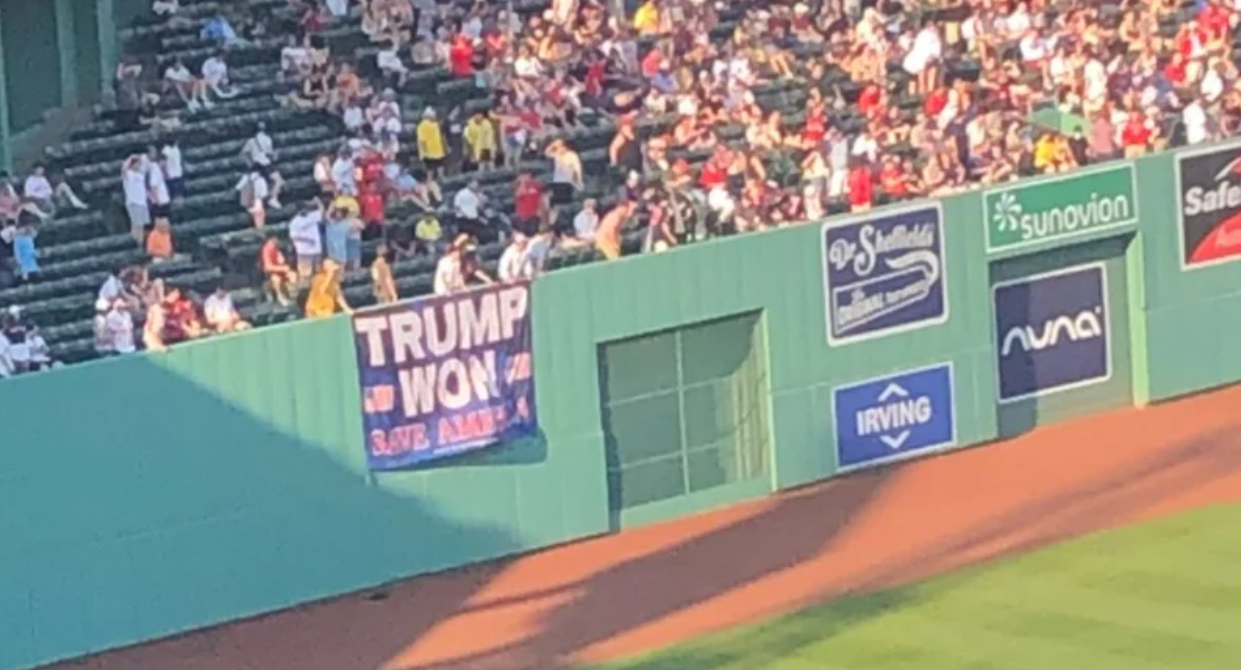 A fan was kicked from Fenway Park in Boston on Monday after unfurling a banner that read”Trump Won Save America.”

The fan, who hasn’t yet been identified, unfurled the banner on the center field wall in the home of the Boston Red Sox during the fourth inning of the team’s win over the Miami Marlins, based on WMUR.

A group spokesperson said the action constituted a breach of the Red Sox’s policy prohibiting signs of any type from being suspended or affixed to the ballpark, and the individual was immediately taken out of the ballpark.

Some dumbass just opened up a Trump Won flag at Fenway. Promptly got kicked out. Turns out he lost too pic.twitter.com/GJU9t6U17N

The incident follows a similar one in Yankee Stadium late last month. Two fans were eliminated from the ballpark as soon as they displayed a huge banner announcing”Trump Won Save America.”

Like they did in Boston, fans at Yankee Stadium booed after the guys unfurled the banner and cheered as they were ejected from the park.

It wasn’t immediately clear if the two incidents were connected at all.

Since dropping the 2020 presidential election, former President Trump has made false statements regarding a”rigged” election based on what he and his most fervent supporters say is widespread voter fraud.

Last week, The New York Times’s Maggie Haberman reported that Trump was advocating certain prominent members of conservative press to write the election was stolen and telling people close to him which he hopes to be reinstated by August.