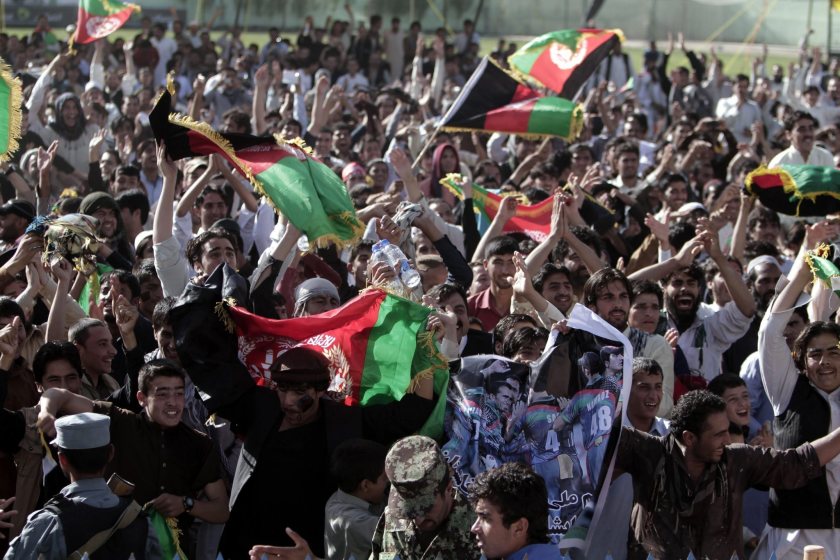 While President Joe Biden struggles this week to deal with the devastating fallout of the U.S. withdrawal in Afghanistan on Sunday, the Afghan people seem to be beginning to take matters into their own hands.

Of course, they’ve had two decades to do so, but although the NATO-backed forces weren’t enough to stand up to the Taliban over the last few weeks as the terror group swept across the country, that doesn’t mean there aren’t still plenty of weapon-wielding Afghans who refuse to take this siege sitting down.

You know what? Considering they’ve been blamed by “the buck stops with me” Biden over the last week for the caliphate insurgency that just took over their own country, good for them.

On Friday, reports began to circulate that the Afghan flag had been hoisted once again in the Pol-e-Hesar, Deh Salah and Banu districts of Baghlan province after anti-Taliban resistance fighters recaptured the localities.

Newsweek reported that about 60 Taliban fighters were injured in the fighting that proceeded these small victories, while the Afghan outlet Asvaka News Agency reported that “a number” of Taliban were killed.

#Breaking
Pol-e-Hesar, Deh Salah and Banu districts in #Baghlan provinces have been captured by the Public’s Resistance Forces, & a number of Taliban killed & injured.
Local reporters from Baghlan pic.twitter.com/tW1ENliWOK

Republic World, an Indian newspaper, reported earlier in the day that Pol-e-Hesar was freed from Taliban control and that there was an “intense battle” in Deh Salah as well as Banu. This happened while the Taliban was meeting with Afghan military commander Ahmad Massoud.

Newsweek reported that there was some confusion about whether the districts were recaptured. However, the report Friday stated that the situation in Banu and Deh-e-Salah was still “fluid”.

It was just 10 days ago that the Taliban captured the capital of the Baghlan province, Pul-e-Khumri, at the onset of what would turn out to be a swift and successful military campaign across the country.

BREAKING:
An ex, Afgh government officials tell me that local resistances forces in Baghlan province have recaptured Banu and Pol-e-Hesar districts from the Taliban. They are advancing towards the Deh Salah district. About 60 Taliban fighters were killed or injured. pic.twitter.com/OX8CBUTcSO

Afghans have been fighting each other for many decades, and they will continue to do so regardless of whether U.S. forces are present.

As Biden continues to do damage control amid his horrifically botched pullout from the war-torn nation, the Afghan people who refuse to be ruled by the Taliban terrorists are stepping up once again to fight for their communities.

The Taliban will resist any attempt to subdue them, just like the U.S. ally in Afghanistan.

Taliban rule could lead to skirmishes in districts and provinces, which could increase violence and instability.

But the Taliban’s enemies are now on their own, which is an undeniable fact of a U.S. policy move that, let’s face it, was long overdue.