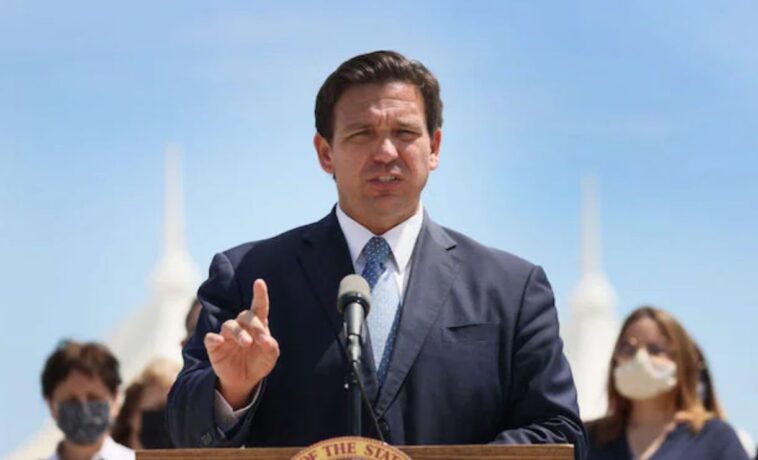 On Friday, Ron DeSantis, Republican Governor of Florida, won a major legal victory in his fight against mask mandates that are used to harass children at schools across Florida.

The 1st District Court of Appeal granted SeSantis’ Emergency Motion asking for an appeals court in order to reinstate his Friday stay.

“1st District Court of Appeals just granted the State of Florida’s request to reinstate the stay — meaning, the rule requiring ALL Florida school districts to protect parents’ rights to make choices about masking kids is BACK in effect!” said Christina Pushaw, a spokeswoman for Gov. DeSantis.

BREAKING: 1st District Court of Appeals just granted the State of Florida's request to reinstate the stay — meaning, the rule requiring ALL Florida school districts to protect parents' rights to make choices about masking kids is BACK in effect!

Check out what The Daily Wire had to say:

The appeal, filed at the 1st District Court of Appeals in Tallahassee, is aimed at overturning the decision of Judge John C. Cooper, a Leon County Circuit Judge. Cooper previously said that DeSantis had overstepped his state authority in his July executive order on masking in schools.

Looking at the legislation and orders in question, Cooper said that masking mandates do not need to “include a parent-opt out at all,” according to The Associated Press.

The ruling enabled Florida county school boards to put mask mandates in place if they choose. Yet, as the AP reports, DeSantis’s appeal now stays the ruling, meaning that it’s at least temporarily suspended.

DeSantis’ spokesperson stated that Judge Cooper’s decision was against science and facts, as well as parents’ rights.

“It’s not surprising that Judge Cooper would rule against parent’s rights and their ability to make the best educational and medical decisions for their family, but instead rule in favor of elected politicians. This ruling was made with incoherent justifications, not based in science and facts – frankly not even remotely focused on the merits of the case presented,” the statement said.

“It’ll be appealed. We’ll end up getting it back,” DeSantis boldly told reporters last Monday. He was right. “At the end of the day, ultimately, we’re just trying to stand with the parents.”

“A large part of the debate revolves around Florida’s Parents Bill of Rights law,” The Daily Wire reported. “Cooper believes that the law doesn’t extend to the issue of masking, while DeSantis argues that it does. DeSantis said that a similar case could be made if schools had banned anyone from wearing a mask instead of mandating that everyone wear one.”

“I’ll bet you you’d have parents sue under the Parents’ Bill of Rights, say, ‘Hey, wait a minute, I think this is in the best interest of my child to go to school to wear — you know what, I think that they would win on that,” DeSantis stated according to Florida Politics.

US Gives 1st Public Look Inside Base Housing Afghans