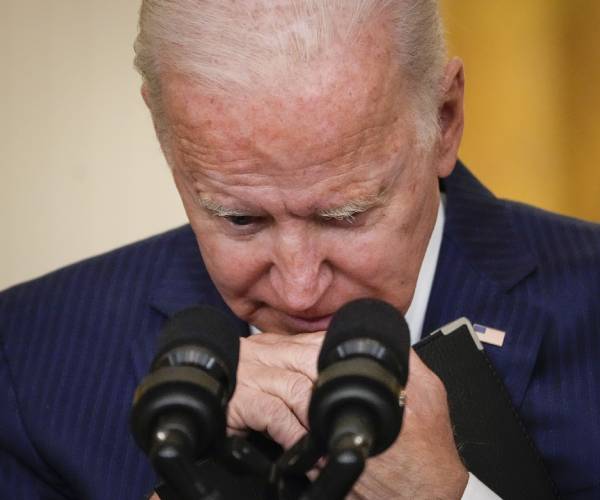 U.S. Military Deaths in Afghanistan due to a chaotic exit, a surge pandemic, the southern border crisis, and rapidly rising inflation at home are alarming Democrats. President Joe Biden’s approval ratings continue to fall in what could be his worst month.

“I just worry about his ability to achieve his agenda,” John Jackson, the chairman of the DeKalb County Democrats in Georgia, a midterm battleground told The Washington Post Saturday. “I don’t necessarily disagree with a lot of his policies — it’s his execution.”

Execution of the American withdrawal in Afghanistan after 20 years of war led to the Taliban rapidly retaking the country in about 10 days, capturing the capital city of Kabul on Aug. 14, and causing a chaotic exodus of American citizens, third-country nationals, and Afghan refugees desperately trying to get flights out of the war-torn nation.

The Biden administration has managed to expel more than 100,000 Taliban-controlled people since the takeover. However, thousands of those who helped the United States in the two-decade War on Terror may still be there when the last American leaves the country by the Aug. 31 deadline.

Terrorist attacks on, or near, Kabul’s airport killed 13 U.S. military personnel on Thursday. This was the worst foreign policy disaster in more than a decade.

Meanwhile on the home front, the delta variant of COVID-19 is surging throughout the nation, causing even fully vaccinated people to once again don masks in public, as officials push to get the final third of the nation to take one of three vaccines for the virus.

Illegal border crossings are at their highest levels in years, with many of those crossing over possibly being infected with COVID.

All this, combined with the worst inflation rise in years, has caused Biden’s approval rating plummet to 40% from the above 50% when he was elected.

“Up until the point of Afghanistan, people were very impressed by the organization and seriousness and maturity of the Biden presidency and its administration,” said Rep. Jamie B. Raskin, D-Md., “Whether it fundamentally tarnishes that or not, remains to be seen.”

Many GOP lawmakers and some Democrats have demanded that heads be rolled and that resignations be submitted to cover for the mistakes made since the attacks in Afghanistan.

“I reject the idea that the president’s handling of a difficult situation has somehow undermined people’s sense of his confidence,” White House communications director Kate Bedingfield said in the Post’s story. “It’s showing people that he can lead at a difficult time, and that he has a steady hand and that he’s committed to transparency.”

Midterm elections are coming up in 2022 and the Oval Office is not the only one at risk. The Democrats have a slim majority in the House of Representatives and a 50-50 split in Senate.

“Stop bed-wetting and get back to work,” said Democratic Congressional Campaign Committee Chairman Sean Patrick Maloney, D-N.Y., who predicted that the party would retain its House majority in the midterms. “We’re going to deliver results for the American people.”

Part of “those results” include a $1.2 trillion infrastructure deal with Republicans, and a $3.5 trillion budget reconciliation bill that contains most of the major Democratic agenda items.

These two pieces of legislation are currently being drafted by Congress, but they could be challenged politically if things go wrong.

Bedingfield stated that the problems only show how strong a leader Biden is.

“No president can prevent bad things from happening on their watch. The test of leadership is what you do when a bad thing happens,” she told the Post. “And I think the American people have seen him move quickly and consistently over the last couple of weeks.”