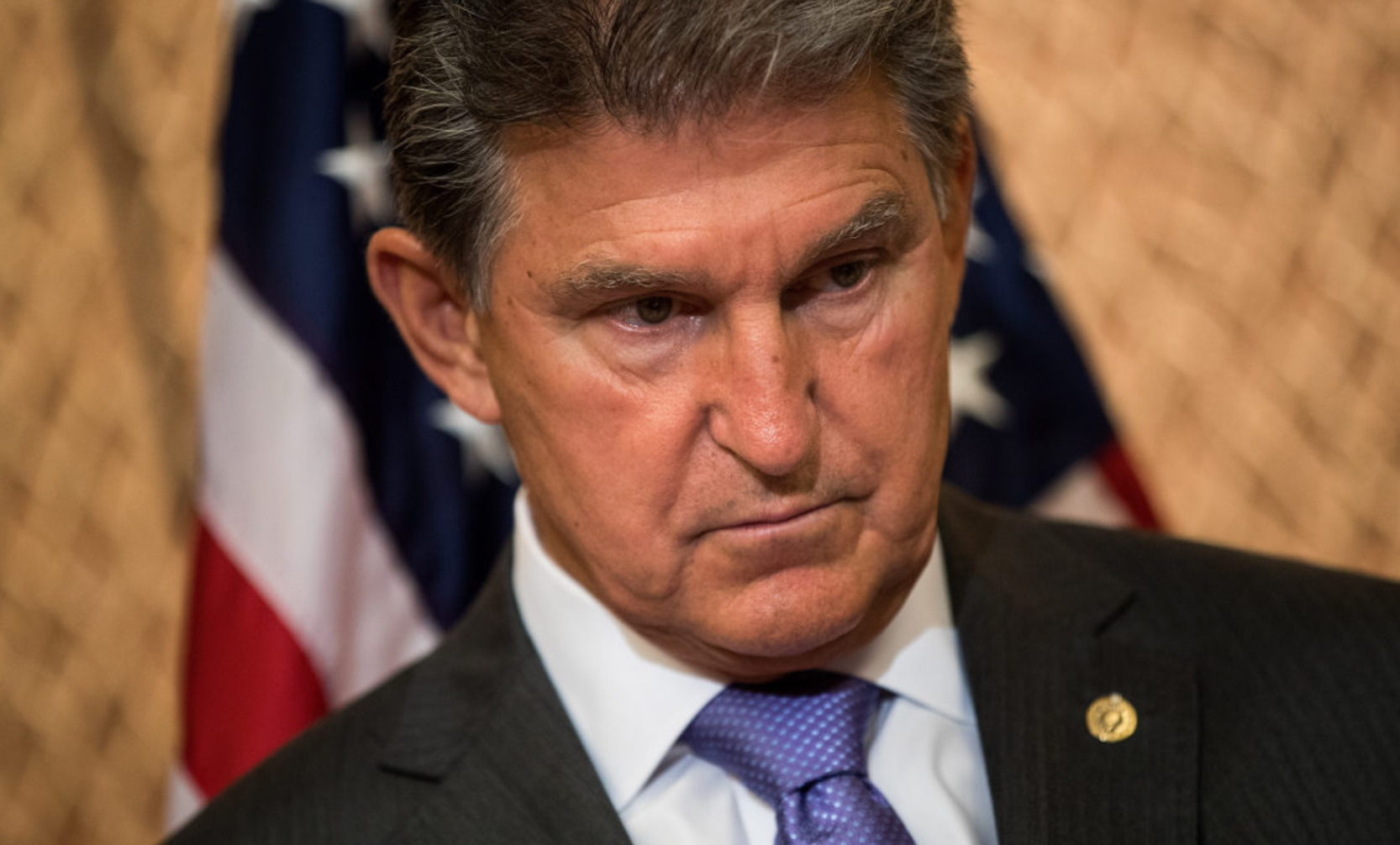 It may be time to call the Democrats’ election overhaul bill”H.R. Done” instead of”H.R. 1″ now that Democratic Sen. Joe Manchin of West Virginia has said he will not support it.

In a tied Senate where Democrats need all 50 of their party’s senators to vote the party’s way, Manchin’s actions make it unlikely that even using procedural gimmicks can save the proposal, which passed the Democrat-controlled House 220-210.

The bill requires states to offer mail-in ballots, at least 15 days of early voting and same-day voter registration. The bill also would put independent commissions in charge of drawing district lines, according to The Hill.

Manchin explained his reasoning in a commentary piece published Sunday in the Charleston Gazette-Mail.

“The right to vote is fundamental to our American democracy and protecting that right shouldn’t be about politics or party. Least of all, protecting this right, which is a value I discuss, should never be carried out in a partisan fashion,” he wrote.

“Today’s debate about how to best protect our right to vote and to hold elections, however, isn’t about finding common ground, but seeking partisan advantage,” he wrote, adding that”partisan policymaking will not instill confidence in our democracy — it will ruin it.”

“Therefore, congressional actions on national voting rights legislation has to be the consequence of both Democrats and Republicans coming together to find a pathway forward or we risk further dividing and destroying the republic we swore to protect and shield as elected officials,” he wrote, noting that not one Republican has supported the bill Democrats have dubbed the”For the People Act.”

Manchin said he will not kill off the Senate’s filibuster to pass a partisan election bill.

He wrote that”some Democrats have proposed eliminating the Senate filibuster rule to be able to pass the For the People Act with just Democratic support. They have tried to demonize the filibuster and conveniently ignore how it was crucial to protecting the rights of Democrats in the past.”

“It’s been stated by far wiser people than me that absolute power corrupts absolutely. Well, what I have seen during my time in Washington is that each and every party in power will always wish to use absolute power, absolutely. Our founders were wise to find the temptation of absolute power and assembled in particular checks and balances to induce compromise which serves to preserve our fragile democracy. The Senate, its rules and processes, have evolved over time to create complete power difficult while still providing answers to the issues facing our nation and I think that is the Senate’s highest quality,” he wrote.

After noting his support for the John Lewis Voting Rights Advancement Act, which has some GOP support, Manchin wrote,”some in my party have argued that now is the time to shed these bipartisan voting reforms and adopt election reforms and policies exclusively supported by a single party. Respectfully, I don’t agree.”

“I feel that partisan voting laws will destroy the already weakening binds of our democracy, and because of this, I will vote against the For the People Act,” he wrote.

Handing Democrats a firm rejection of their efforts to use their current ability to ram home legislation that requires a simple majority vote, he added,”Additionally, I won’t vote to weaken or eliminate the filibuster.”

“American democracy is something special, it’s bigger than 1 party, or the tweet-filled partisan attack politics of the moment. It’s my sincere hope that all people, particularly those people who are privileged to serve, remember our obligation to do more to unite this country before it’s too late,” Manchin wrote.

Liberals on Twitter erupted after Manchin took his stand.

Democratic Organization Is Currently Under Criminal Investigation By The U.S. Department Of Justice