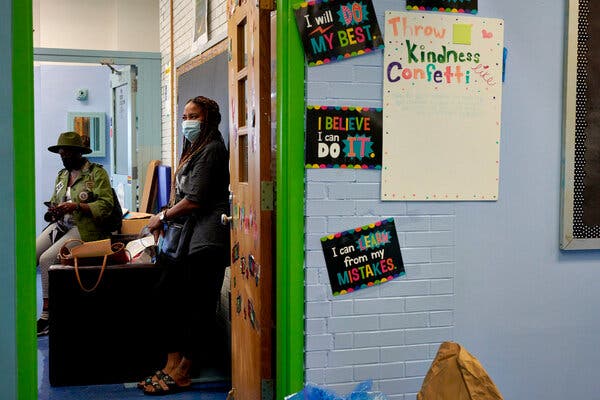 Monday’s ruling by a federal appeals panel was that New York City can continue with its mandate to immunize all adults working in its public schools as planned.

The New York Times reported that the decision reverses the one taken over the weekend,.

According to The Associated Press, lawyers representing teacher’s unions claim they will petition the U.S. Supreme Court for intervention.

Mayor Bill de Blasio directed more than 150,000 public school teachers and staff to receive at least one dose COVID-19 vaccine before Monday midnight. After arguments from both sides, the U.S. Court of Appeals of the 2nd Circuit delayed Friday’s deadline. However, a three-judge panel decided to take up the matter shortly after.

According to the Times, vaccination rates in New York City are high for principals (97%) as well as teachers (95%). 87% of non-teaching staff received at least one shot.

According to the Times, those numbers were achieved after approximately 8,000 employees had been vaccinated over the weekend in order to comply with the deadline.

Unions representing New York City Public Schools argued that staffing is already tight, and the mandate to vaccines would increase the pressure. Perhaps the mandate from the Department of Education will become a model for other city employees.

Attorney Mark Fonte brought the suit on behalf of teachers, and other people. He stated in a statement, that he and Louis Gelormino immediately petitioned the Supreme Court for intervention.

“As of this moment the mandate is in place,” he said, adding he and Gelormino were “dismayed and disappointed by this turn of events.”

“With thousands of teachers not vaccinated the city may regret what it wished for. Our children will be left with no teachers and no security in schools.”

The city’s order, according to the lawyers, will “leave paraprofessionals and teachers without the resources necessary to pay rent, utilities and other essentials.” The danger is imminent.”

They claimed that the mandate would result in thousands of children from New York City being left without teachers and other school workers.

Information from The Associated Press was used in this report.