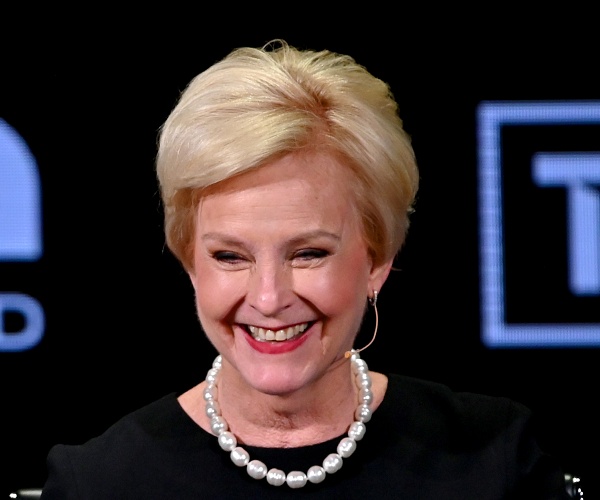 McCain, who endorsed Biden over former President Donald Trump at the 2020 election and whose husband was frequently at odds with Trump, is now being vetted for the position of U.S. Ambassador to the UN World Food Program, which is based in Rome, Politico reported. She now chairs the McCain Institute board of trustees, which works to fight world hunger and human trafficking, and has previously worked with the UN World Food Program.

McCain, 66, is now undergoing a background check, but her nomination is expected to be announced at the same time as all Biden’s other ambassador picks. Biden has yet to pick a member of the opposing party for a Cabinet post, a convention that was upheld by former Presidents Barack Obama, George W. Bush, and Bill Clinton before Donald Trump broke with his predecessors.

McCain endorsed Biden after Trump and her husband infamously and repeatedly clashed — both politically and personally.

the Arizona Republican Party to censure her for having “supported globalist policies and candidates” and “condemned President Trump for his criticism of her husband and erroneously placed behaviors over actual presidential results.”

: “It is a high honor to be included in a group of Arizonans who have served our state and our nation so well. . .and who, like my late husband John, have been censured by the AZGOP. I’ll wear this as a badge of honor.”

, by saying,”I decided to take a stand, and hopefully other people will see the same thing. Other women particularly. You may have to step out of your comfort zone a little bit, but Biden is by far the best candidate in the race.”