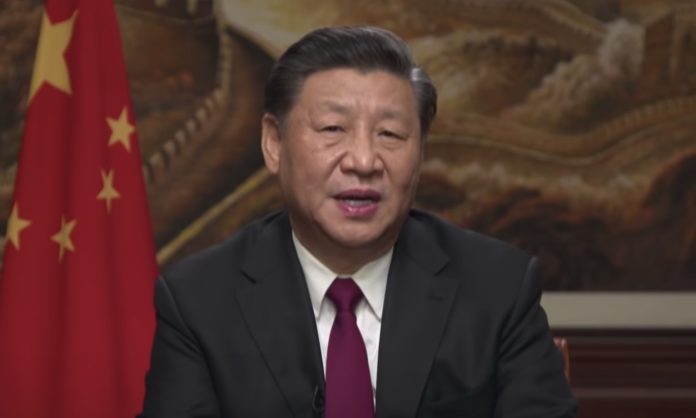 The abrupt withdrawal of U.S. troops from Afghanistan by President Joe Biden will have far-reaching implications. Some ripple effects could already be reaching Taiwan.

According to The Guardian China started conducting live-fire sea and air military exercises Tuesday near the southeast and southwest parts of the island nation. This was allegedly prompted by “external interference” and “provocations by Taiwan independence forces.”

The communist nation’s People’s Liberation Army directed aerial and naval resources to the area, including fighter jets, anti-submarine aircraft and warships, according to its spokesperson for the Eastern Theatre Command, Col. Shi Yi.

These exercises are part of an ongoing campaign that’s lasted two years and is meant to intimidate Taiwan as it asserts its own sovereignty over China’s claim of the island as a territory, Reuters reported.

In this most recent exercise, the PLA sent six J-16 fighter jets and two H-6K bombers — which are capable of delivering nuclear weapons — among the 11 Chinese planes that invaded Taiwan’s air defense zone.

Although the Taiwanese Defense Ministry stated that it had to scramble aircraft to chase away the Chinese aircraft, it is likely that the close proximity was not an accident.

“In addition to seeking air supremacy over Taiwan, they have also been conducting frequent electronic reconnaissance and electronic interference operations,” a senior official familiar with national security in Taiwan stated.

The PLA stated that the military’s actions were justified by the fact that Taiwan and the U.S. had “repeatedly collided in provocation and sent serious wrong messages, severely infringing on China’s sovereignty and undermining peace in the Taiwan Strait.”

The U.S. has continued to ally with Taiwan, recently providing $750 million in howitzer artillery weapons — the same type now in the hands of the Taliban thanks to Biden’s hasty exit from Afghanistan.

Though these types of exercises have been ongoing, China’s state-run news outlet, the Global Times, directly linked the timing with the recent fall of Afghanistan and parlayed it into a cautionary tale for the Taiwanese Democratic Progressive Party.

“The US troops’ withdrawal from Afghanistan has led to the rapid demise of the Kabul government,” an editorial titled “Afghan abandonment a lesson for Taiwan’s DPP” began.

“The world has witnessed how the US evacuated its diplomats by helicopter while Taliban soldiers crowded into the presidential palace in Kabul. This has dealt a heavy blow to the credibility and reliability of the US,” the article pointed out.

Many have pointed out that the piece compared aspects of the U.S. withdrawal in Vietnam War with recent desertion of Afghanistan.

Despite promises from Biden that it wouldn’t happen, the aftermath in Kabul looked eerily similar to the evacuation of Saigon as diplomats were airlifted from the U.S. embassy, as seen in a side-by-side comparison tweet by journalist Stefan Simanowitz.

PHOTO 1: US diplomat evacuate US from embassy via helicopter as the #Taliban enter #Kabul from all sides. #Afghanistan (2021)

PHOTO 2: US diplomat evacuate US from embassy via helicopter as the PAVN & Viet Cong capture of Saigon, Vietnam (1975) pic.twitter.com/YamWmzjOay

Global Times continued the piece by stating that Taiwan is less important than Afghanistan in terms of strategic, militarily, and economic importance. This makes any assistance from America less likely should tensions escalate to war.

“Once a cross-Straits war breaks out while the mainland seizes the island with forces, the US would have to have a much greater determination than it had for Afghanistan,” the article stated.

“From what happened in Afghanistan, they should perceive that once a war breaks out in the Straits, the island’s defense will collapse in hours and the US military won’t come to help,” the communist nation’s media mouthpiece also said.

When the withdrawal of the Chinese communist state media has caused an unmitigated catastrophe for the Middle Eastern nation, as well as humiliating the U.S.A and breaking the trust of our allies, it’s difficult to argue with them. Now we have to deal with the Biden effect.

The world is in a precarious position now that the U.S., which functioned as a mostly benevolent superpower and a stabilizing force through our perceived and real military might, has shown itself to be a paper tiger.

We cannot claim that America’s philosophy of peace through strength is still true when we are as weak as ever — and I suspect this is just the beginning for Kabul and Beijing.