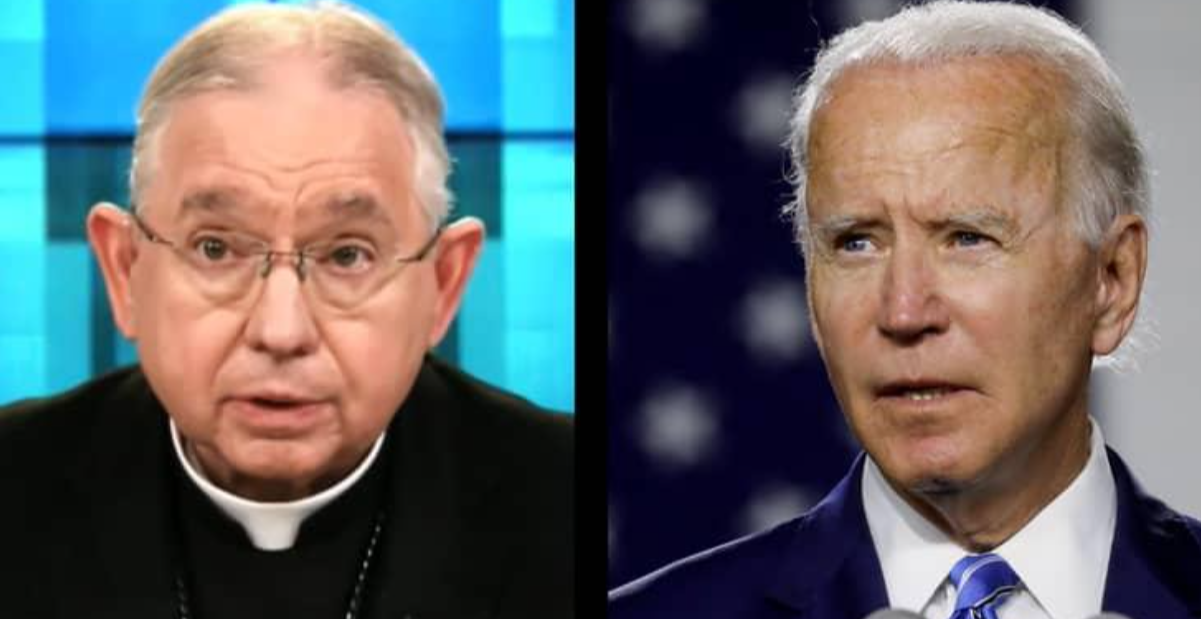 Catholic Bishops will vote in June regarding whether or not high-profile pro-abortion Catholics such as Joe Biden will be permitted or denied participate in communion, according to The Western Journal.

Bishop John Stowe said, “If a politician is targeted as a negative example by his own church, that sets a sad context in which the church can deal with this Catholic president.”

“It contributes to the polarization of the church and of society.”

Bishop Robert McElroy said, “I do not see how depriving the president or other political leaders of the Eucharist based on their public policy stance can be interpreted in our society as anything other than a weaponization of the Eucharist … to pummel them into submission.”

Archbishop Salvatore Cordileone said, “They need to understand the scandal that is caused when they say they are faithfully Catholic and yet oppose the church on such a basic concept.”

Archbishop Joseph Naumann said,”Because President Biden is Catholic, it presents a unique problem for us.”

“It can create confusion. … How can he say he’s a devout Catholic and he’s doing these things that are contrary to the church’s teaching?”

“He doesn’t have the authority to teach what it means to be Catholic — that’s our responsibility as bishops,” Naumann continued.

“Whether intentional or not, he’s trying to usurp our authority.”

Archbishop Charles Chaput said,”Public figures who identify as Catholic give scandal to the faithful when receiving Communion by creating the impression that the moral laws of the Church are optional.”

“By his actions during the course of his public life, Mr. Biden has demonstrated that he is not in full communion with the Catholic Church.”

Rev. Jerry Pokorsky said Biden has “magnified and institutionalized countless major violations of the Ten Commandments. The hypocrisy rivals that of the chief priests and Pharisees and is worthy of the same condemnation.”

“Biden is the most aggressively anti-Catholic president in history.”