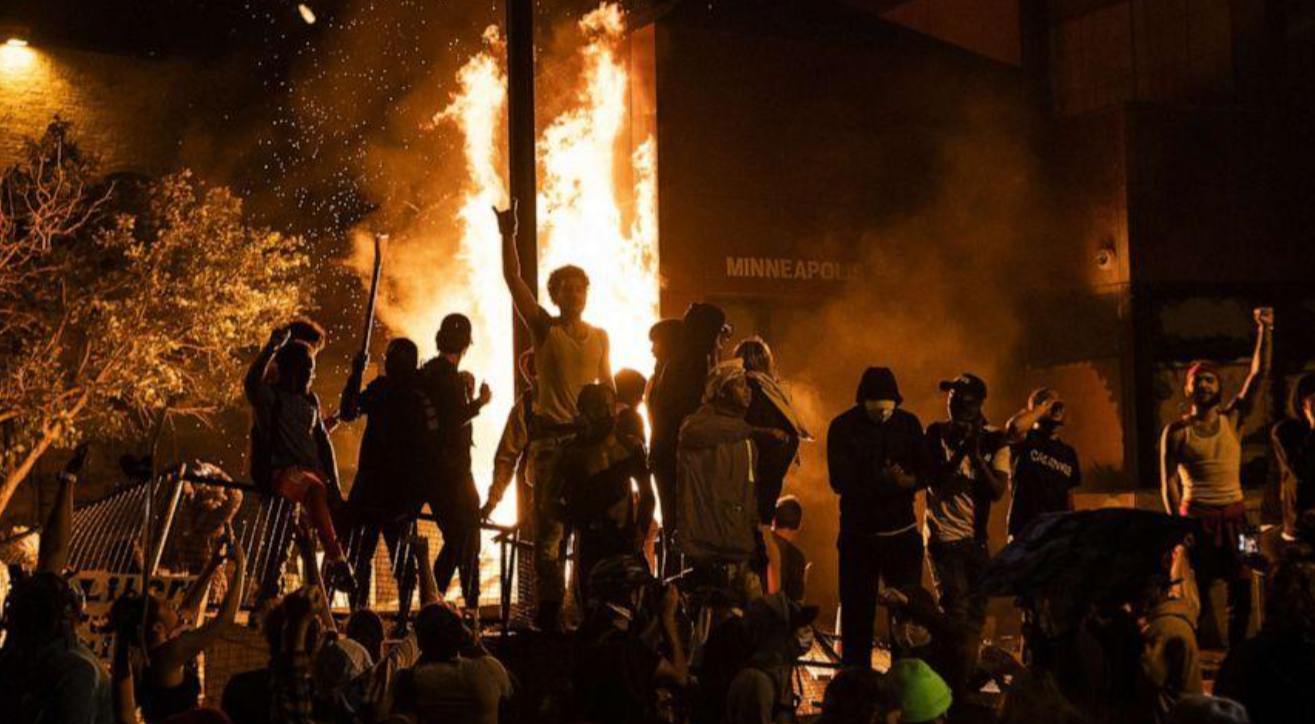 Dylan Shakespeare Robinson will be spending the next four years in prison and will be fined $12 million in restitution after burning down a Minneapolis police station, based on The Western Journal.

“Dylan Shakespeare Robinson, 23, was also ordered to serve two years of supervised release and pay back $12 million for damages that resulted from the May 2020 precinct fire.”

“A federal complaint accused Robinson of lighting a Molotov cocktail that another person threw toward the 3rd Precinct headquarters on East Lake Street.”

“In addition, Robinson and others allegedly tore down a fence that surrounded the building.”

“Three other people have pleaded guilty in federal court for their roles in the precinct fire and are awaiting sentencing.”

“Surveillance video at the precinct shows Robinson lighting an “incendiary device” held by another person and later setting a fire inside the station near a first-floor stairwell.”

Acting U.S. Attorney Anders Folk said,”On the night of May 28, 2020, Mr. Robinson chose to depart from lawful protest and instead engaged in violence and destruction.”

“The arson at the Minneapolis Police Department’s Third Precinct put lives at risk and contributed to widespread lawlessness in Minneapolis.”

“With today’s sentence, Mr. Robinson is held accountable for his actions.”

Assistant Special Agent in Charge Jeff Reed said,”ATF is committed to investigating the civil unrest arsons of 2020 that occurred throughout the Twin Cities.”

“Arson, being inherently violent, is a serious crime that put many of our community members at risk, and it cannot be tolerated.”

Michael Paul said,”The danger posed by the defendant, in this case, was very real.”

“Today’s sentencing sends a clear message — regardless of motivation, when someone is intent on conducting a violent act that breaks federal law, the FBI and our law enforcement partners will move assertively to hold them accountable.”

“This type of behavior puts public servants and our entire community in danger, and we simply will not let it go unaddressed.”

The horrific scene was known as a “mostly peaceful protest” while flames raged.

MSNBC's Ali Velshi now has competition for the most ridiculous riot "reporting."

Back in May, Velshi said, "I want to be clear on how I characterize this. This is mostly a protest. It is not generally speaking unruly but fires have been started."pic.twitter.com/6K72kHHno1