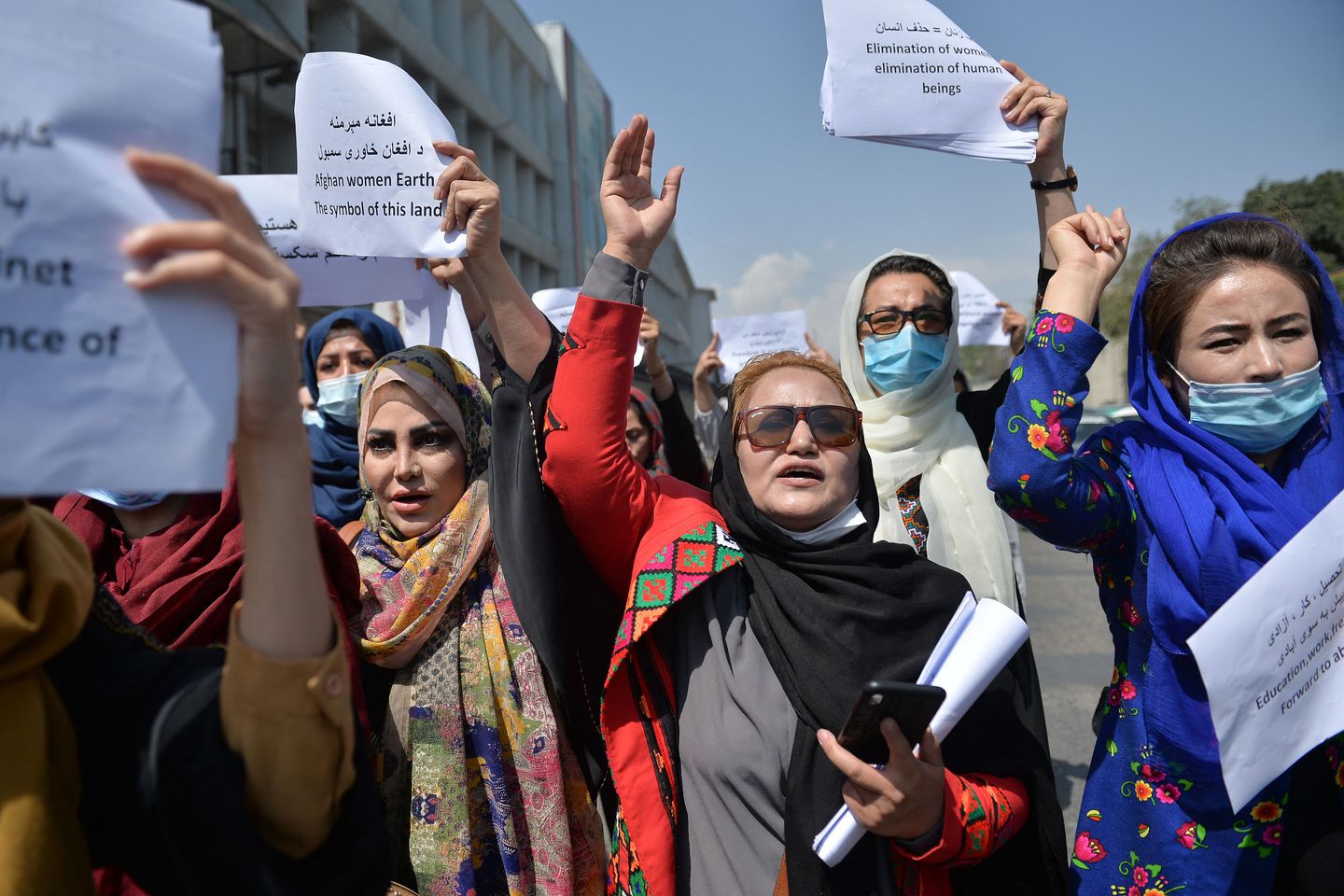 On Friday, a small group of Afghan women activists protested against the Taliban in Kabul. The Hill.com reported that the group, called the Women’s Political Participation Network, was calling for equal rights for women in the government and society.

The group met outside Afghanistan’s Finance Ministry where Taliban members were discussing plans to form a new government.

It was reported that one time the women were involved in a fight with a Taliban guard. The women protested and held signs demanding that laws be passed to protect their rights and those of society and the government.

One protester held up a sign reading “A heroic cabinet with the presence of women.”

According to The Guardian, even though the Taliban claim that women will be able work and get an education, the Taliban report that women have been expelled from jobs in the country already suggests that they are being encouraged to stay at home.

Thousands have been attempting to flee Afghanistan as the Taliban have taken over since the withdrawal of U.S. troops. The New York Times reported many of those attempting to flee are women and girls under severe threat of being kidnapped, forced into prostitution, beaten and killed, as they are often prevented from socializing, being out in public alone or attending school.

Suhail Shaheen, spokesperson for Taliban, stated to Fox News that there will be no problem with women’s rights and that there will not be any concern about their education or their work.