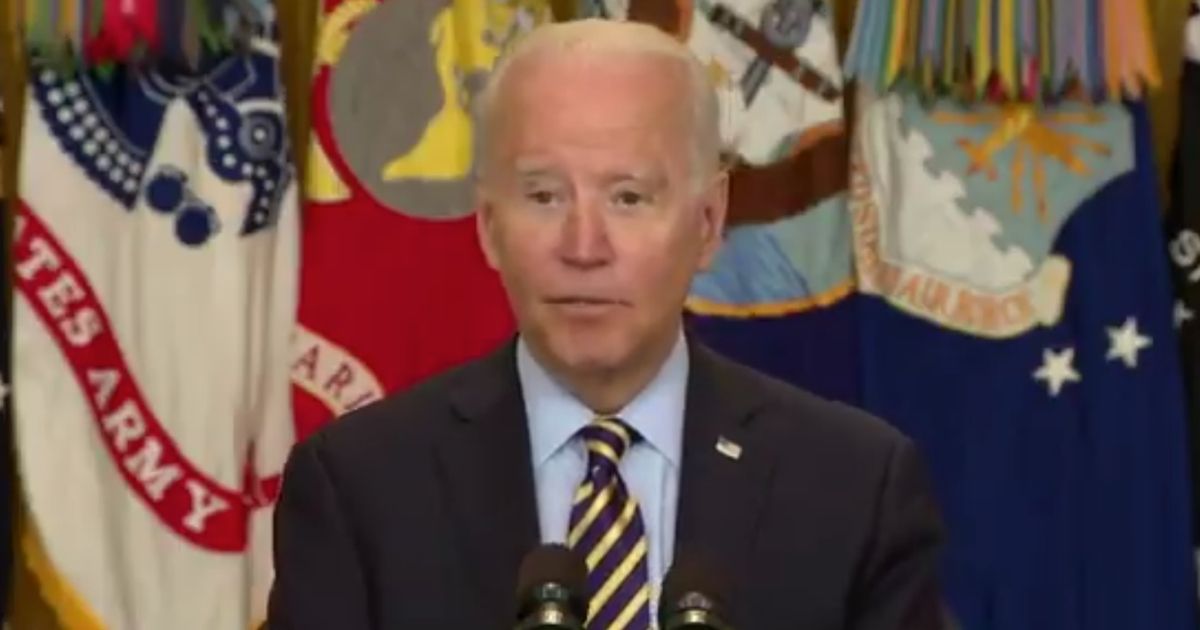 On Thursday, President Joe Biden’s brain was faulty as he tried to explain why the credit for the 2011 death of terror mastermind Osama Bin Laden belongs to him.

Biden made prepared remarks about the drawdown of U.S. troops from Afghanistan.

“Our military mission in Afghanistan will conclude on Aug. 31,” Biden said to pen his comments. “The drawdown is proceeding in a secure and orderly way, prioritizing the safety of our troops as they depart.”

“We did not go to Afghanistan to nation-build. And it’s the right and the responsibility of the Afghan people alone to decide their future and how they want to run their country,” he also stated.

Biden was already taking credit for something that belonged to former President Donald Trump, which was bringing an end to the endless war in the country. He’s also making a quagmire of it.

Trump announced his intent to end that war last fall, and the process began.

Joe Biden forgets what he’s talking about and then attempts to take credit for the Osama bin Laden raid that he opposed. pic.twitter.com/WHJhFNcBXz