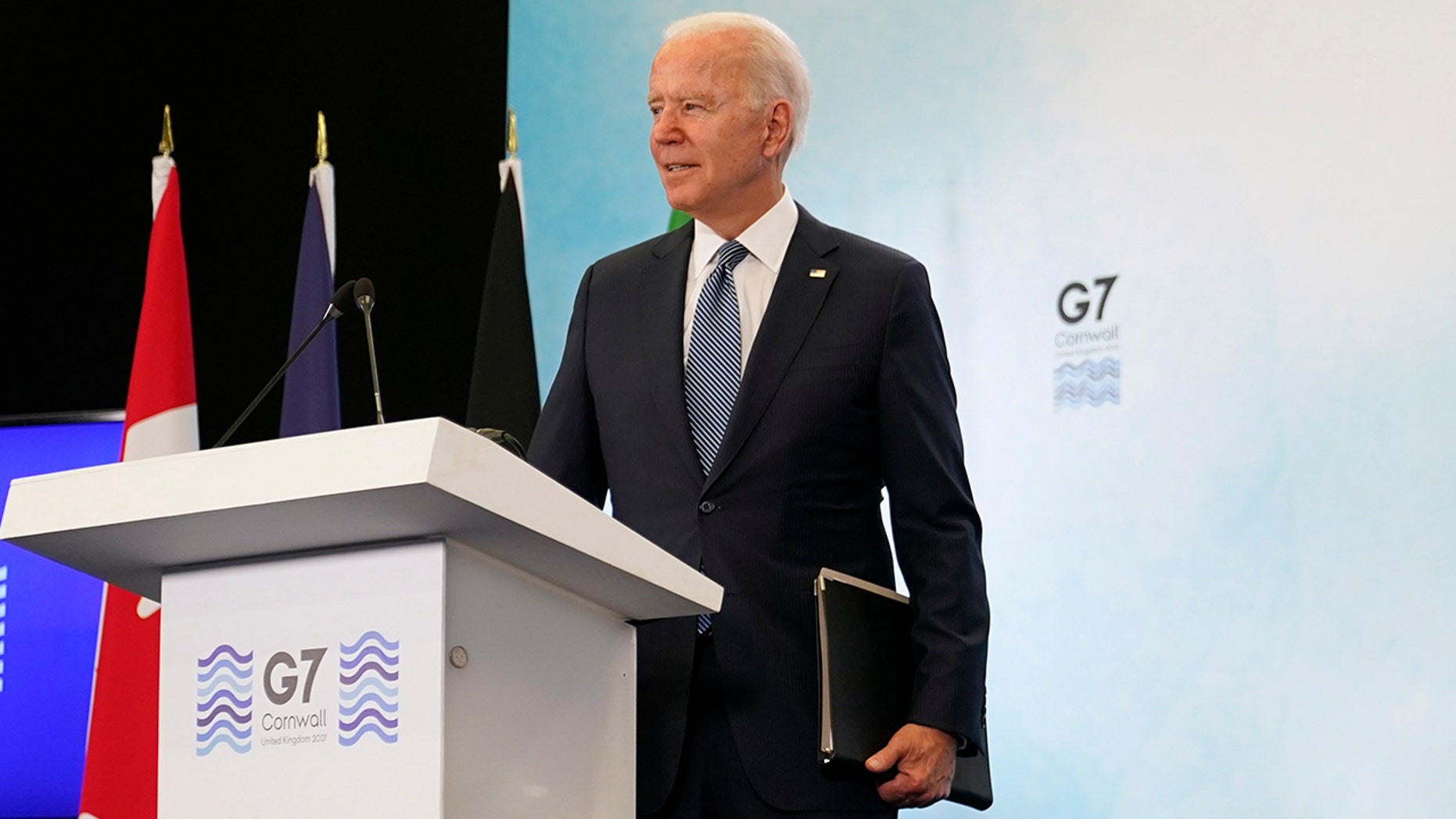 President Biden joked when shooting questions at a press conference Sunday after the G-7 summit, asserting that his staff is going to be upset with him when he fails to run the event as they need him to.

Early in the question-and-answer section of the program, Biden was quick to inform reporters he would operate strictly from the book.

“I’m sorry, I’m going to get in trouble with staff if I don’t do this the right way,” Biden said before calling on Bloomberg’s Jennifer Jacobs.

Not long afterwards, however, Biden really appeared to stray out of protocol by taking one final question after the event appeared to be wrapping up. Notebook in hand, Biden appeared to be going to depart the point, but hung around to listen to one more reporter.

“I’m going to get in trouble with my staff,” the president said with a laugh. “Yeah, go ahead, but pretend I didn’t answer you.”

That issue was about Biden maintaining Trump government aluminum and steel sanctions and how he justifies them to worried European allies. Biden answered bluntly.

This isn’t the first time Biden has joked about or raised suspicion that his handlers want to control the amount of queries he takes.

In April, after taking questions about wearing a mask and a meeting with Russian leader Vladimir Putin, Biden apologized while stating he needed to stop.

“I’m sorry,” he said. “This is the last question I’ll take, and I’m really gonna be in trouble.”

In March, the White House raised eyebrows when it cut the feed of a digital event after Biden said that he was”happy to take questions” from Democratic lawmakers.

“I’d be happy to take questions if that’s what I’m supposed to do, Nance,” Biden told House Speaker Nancy Pelosi, D-Calif. “Whatever you want me to do.”

The feed stopped seconds later, after a short pause from the president.