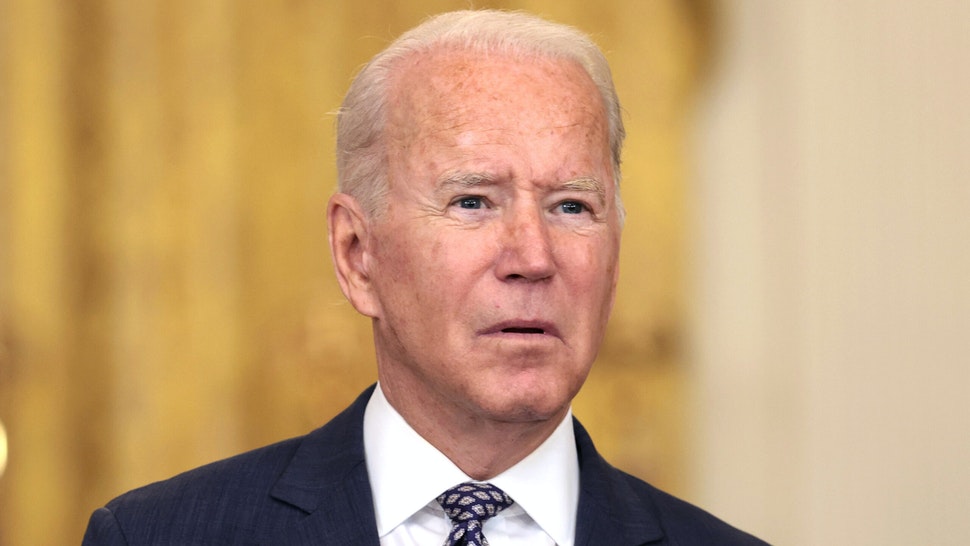 Many members of the British Parliament have criticized President Joe Biden for his inept pullout in Afghanistan and poor handling of the situation.

Members of the House of Lords, one of two chambers of the British Parliament, made the remarks on Wednesday

Biden was blamed by the members and he was shamed for trying to blame others, including the Afghan military. Many members felt that America’s image had been seriously damaged all over the globe and that the West may suffer a lot in the coming years because many countries will no longer be able to trust it to keep its promises.

Here are some of the comments made by members of the British parliament about Biden:

Lord Dannatt: “First, notwithstanding his attempted explanation on Monday, the manner and timing of the Afghan collapse is the direct result of President Biden’s decision to withdraw all US forces from Afghanistan by the 20th anniversary of 9/11. At a stroke, he has undermined the patient and painstaking work of the last five, 10, 15 years to build up governance in Afghanistan, develop its economy, transform its civil society and build up its security forces. The people had a glimpse of a better life, but that has been torn away. With US forces withdrawing, other NATO allies, including ourselves, had no option but to leave too, denying the Afghan national army the technical and training support that it needed and the moral support of friends who encouraged them to take the fight to the Taliban. Until a few weeks ago, the Taliban was being contained and may even have been persuaded over time that a military victory was impossible and a negotiated settlement was the better course. Those possibilities are now a closed chapter of history, an opportunity lost, and the world’s western superpower is looking enfeebled. The only glimmer of hope today is that the Taliban of 2021 is not the Taliban of 2001.”

Lord Howard of Lympne: “The responsibility for the decision to withdraw rests with President Biden. Up to now, many of us have been rather impressed with the president’s performance in his first few months in office, although that may in large part be due to the relief at the absence of his unlamented predecessor. But I am afraid that President Biden’s decision to withdraw from Afghanistan is, and will be seen by history as, a catastrophic mistake which may well prove to be the defining legacy of his presidency.”

Lord Robathan: “…we should not underestimate the disaster and humiliation that this has been. It is on a par with the first Afghan campaign, which humiliated the East India Company and then the British Empire when Dr Brydon returned alone from Elphinstone’s army. This is a humiliation of the West, of NATO, of us, of course, but especially of the US—which, apparently, leads the free world, or so we are told. President Biden said that ‘America is back’. Robert Gates, Defense Secretary to the Administrations of both George W Bush and Barack Obama, said in his memoirs that Biden had been on the wrong side of every national security issue of the past 20 years. I agree very much with what my noble friend Lord Hammond—who I worked under as Minister for the Armed Forces—said on this point. The humiliation and disaster of the West is appalling. The West is seen as an unreliable ally.”

Lord Ricketts: Confidence in NATO has been damaged. China is the main beneficiary of President Biden’s decision. ‘America is back’ now sounds rather hollow—’America is backing down’ fits the case better. The British priority must be to address the damage done to NATO, to rebuild effective political consultations within NATO, and to focus on European security and the risk of Islamic terrorism in Europe. Rather than tilting to the Indo-Pacific, that is where the UK needs to put its national security energies.”

Lord Stirrup: ” President Biden has suggested that the Afghans are not prepared to fight for their own country. But this ignores two facts. The first is the very large number of Afghan security forces personnel who have been killed on operations over the past two decades, and the second is that Afghan society has always placed much greater importance on loyalty to family, village and clan than to a central Government. In such a society, a military force modelled on the US army could never, in the short term, endure without the logistical, technical and moral support of the US armed forces. … President Biden purportedly wishes to withdraw from Afghanistan in order to concentrate on China. Yet his actions have immediately benefited China on several fronts. China is increasingly engaged commercially in Afghanistan and has been negotiating with the Taliban. Taken together with Pakistan’s increasing reliance on China, this creates a disturbing nexus of power in the region. Even more important is the perception of other countries. If the western powers are to resist China’s assault on the current rules-based international order, they will require strong political, economic and technological allies in the Indo-Pacific region. Who now, though, will be prepared to throw in their lot with a US-led effort, when that country’s leadership has proved such a fickle friend to Afghanistan? Perhaps the Minister can say what the implications are for the UK’s own tilt to the Indo-Pacific, which was such a prominent feature of the recent integrated review.”

Lord Forsyth of Drumlean: “It is very hard to overestimate the scale of the catastrophe following the Biden Administration’s disastrous implementation of the decision to withdraw from Afghanistan. … It was utterly disingenuous for President Biden to present the Afghans as unwilling to fight for their country, after having withdrawn vital US support services without an agreed ceasefire, precipitating the collapse of the Afghan state.”

Lord Blencathra: “My Lords, all my life I have been pro-American and favourably disposed to the United States, but not any more at this moment. What Biden has done in Afghanistan will go down in ignominy as one of the most shameful and despicable acts of betrayal by any American President. Tens of thousands of men will be slaughtered, thousands of young girls forced to marry these Taliban brutes and 14 million women driven back into slavery. Afghanistan was emerging into the light with freedoms for women and children, who will now be ruled with 500 year-old barbaric religious laws. That is Biden’s legacy. He cannot blame it on Trump; Biden boasted that in his first 100 days he issued a record 24 executive orders, all of which were direct reversals of Trump policies. He should have listened to his generals and changed this policy also. This is not like Saigon; it is far worse. First, the retaliation against the population by Islamist fanatics is likely to be far greater than what the North Vietnamese did to the beaten south. Secondly, the appalling humanitarian crisis described in this House today will centre on Afghanistan but the terrorist consequences of this US sell-out will affect us all. The Viet Cong had no agenda outside Vietnam but Afghanistan is now under the control of Islamist fanatics who want to wage war on every western democracy. … Biden has put America back, all right—back into the bunker. The lesson for China is this: play a long game and America will not have the stomach to stick it out. China is a threat to world peace, but how can we now trust the US to lead the long battle against it? Biden may have condemned the world to Chinese domination in future and the end of western liberal democracy.”

Lord Anderson of Swansea: “What is the Government’s best analysis of the reasons for the rapid defeat? What are the geopolitical consequences of that defeat? President Biden, alas, will be diminished, certainly abroad. Do the Government see any danger of the US retreating into a new isolationism, abandoning the aspirations of nation building, spreading democracy and human rights, and a corresponding loss of trust in the US?”

Lord Dodds of Duncairn: “President Biden’s speech the other day, blaming everyone and everything except his Administration’s precipitative pull-out, was truly awful. … I fear that the US decision to pull out in the way that it has will have dire consequences. It sends a message to the terrorists and rogue states that the West can be defeated. It sends a message to our friends that, at the end of the day, they can be abandoned. It sends a message to those who want to live in freedom and with human rights guaranteed, especially the women and girls of Afghanistan, that we cannot be relied upon.”

Lord Touhig: “By withdrawing US troops, not only has President Biden destroyed the hopes of people in a fledgling democracy but he has made the world less safe. If ever there was a country that knows how dangerous a less safe world can be, it is the United States. That is even more so now, as we approach the 20th anniversary of 9/11. Here in Britain, we too know how a less safe world takes the lives of men and women on our streets, of children and young people at a Manchester concert and of a brave police officer guarding this Parliament. Britain fell into line behind President Biden. In doing so, our Government have increased the risk of terrorism globally.”

Lord McColl of Dulwich: “Although President Biden has tried to shift the blame on to President Trump, that simply does not work. President Biden had the power to stop the withdrawal of the troops but failed to do so. To be fair, this situation may not be easy for President Biden to deal with because he does not seem to me to be in good health. There are many examples of the disease of a national leader having a disastrous effect on a country, a continent or even the world.”

Lord Bruce of Bennachie: “For President Biden to say that the collapse of the Government and the defence capability was the Afghans’ fault is truly sickening. With limited allied troops and strategic air cover, the country was functioning, if imperfectly. The rapid withdrawal demoralised the domestic forces, who were often deployed far from home with no protection or support for their families against the Taliban, so it is hardly surprising that they chose not to fight. Now the cost of failure could outweigh by many times the cost of maintaining a minimal presence.”

Lord Godson: “The role of the United States has been central to this and the Biden Administration have been rightly criticised, I think unanimously—as least, I have not heard any speaker defend their decision here today. It is a uniquely personal decision of this President … However, the Biden Administration are not the totality of America. Through much of my political life, having been born an American citizen, I have noted many pessimistic predictions for the US after previous debacles, although perhaps none quite as serious as this, which rolls in many of the features of past debacles into one fell swoop. … But because the Biden Administration are not the totality of the United States and its polity, America has an enormous resilience and ability to bounce back, to reappraise, regather and regroup.”