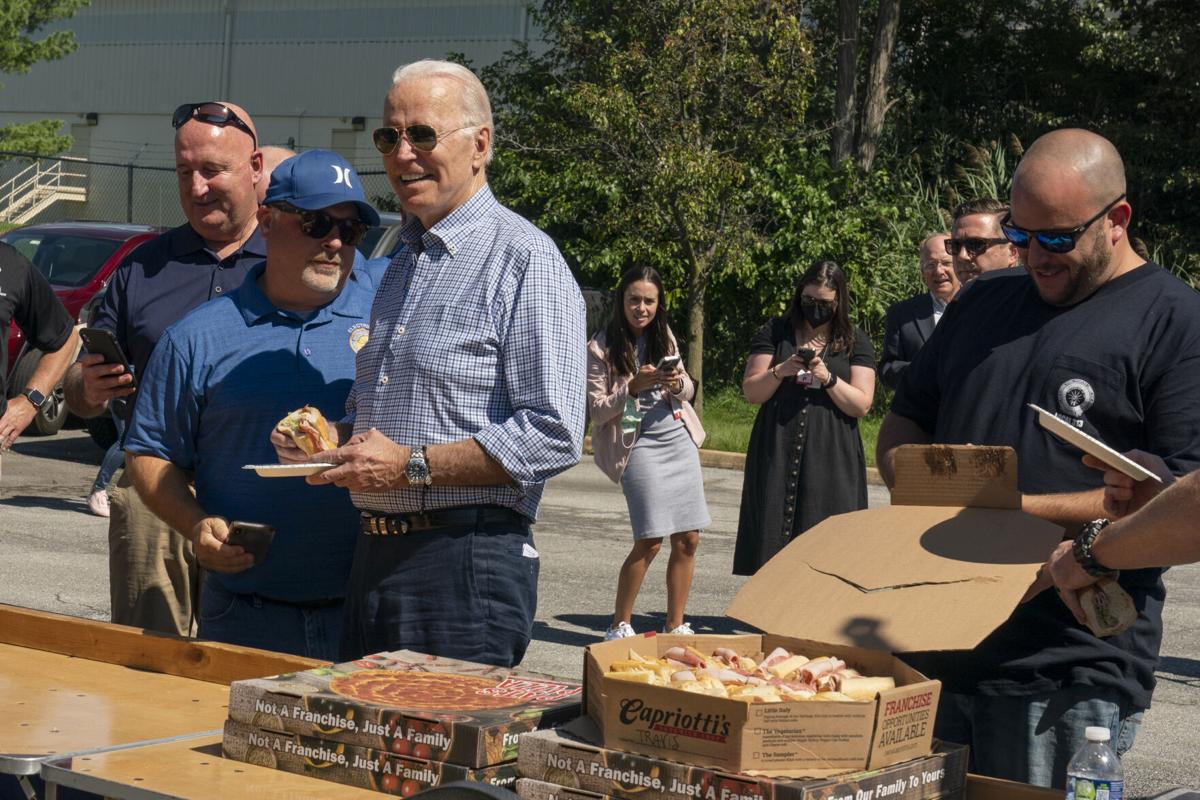 On Monday, President Joe Biden celebrated Labor Day by delivering deli sandwiches for union members. These are the people who he believes built the middle class.

Biden, dressed casually, emerged from his dark SUV carrying boxes of sandwiches from Capriotti’s, a restaurant chain that was founded in Wilmington in 1976.

Biden wore Ray-Ban sunglasses and placed the boxes alongside other food at an event organized by the International Brotherhood of Electrical Workers Local 313 of New Castle, Delaware.

He made eye contact with the men in the group, mostly dressed in jeans and union T-shirts. Biden spoke with the union members in small groups for several minutes before telling them to “C’mon, let us go get something to eat.”

At one point, the president started talking to his mom through an iPhone, telling her that he had been with the union since the 1970s when he was elected to public office. In February 2020, the IBEW leadership endorsed Biden as president.

“I just wanted to say ‘hi’ to you,” the president said before the phone call ended.

Biden had an informal photo session with IBEW members, before returning to his Wilmington home where he spent the weekend. Later Monday, the president was expected to return to Washington.

“Thanks, Joe,” one member said before the group applauded and Biden departed.

The U.S Evacuates 4 More Americans Out Of Afghanistan, Official Says