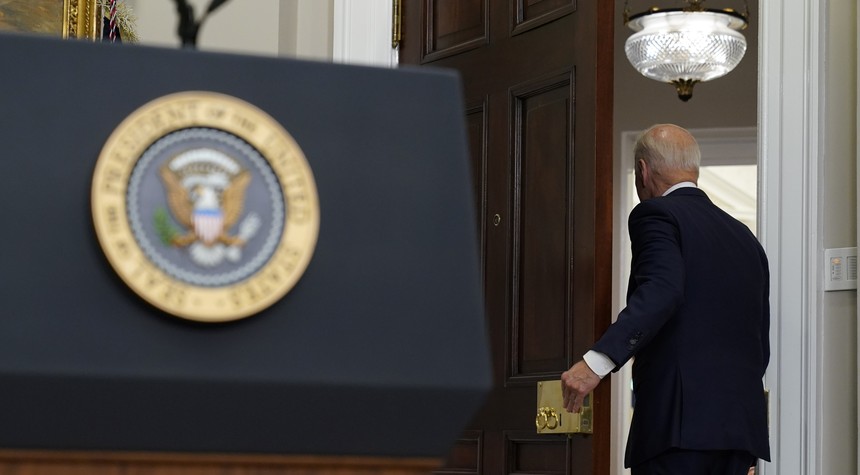 The most recent press conference by President Joe Biden was held last Thursday. While that was just a few days ago there have been a lot of developments since then. We saw the huge southern border surge last week, CENTCOM acknowledgment a U.S. drone attack in Afghanistan claimed that 10 civilians, including seven children, were killed, and the hostage situation at Mazar-i-Sharif.

Biden once said, ” big F***in'” issues and that the American people should hear directly from the President on these matters, rather than his handlers.

However, this is not the norm and mainstream media journalists are starting to notice it and criticize him for it. Today’s press conference saw Edward Lawrence, Fox Business White House correspondent, ask Jen Psaki, press secretary when they would be able to interview Biden again. He was essentially told by her that she and his media colleagues should be pleased with what they got from him last week.

FBN's @EdwardLawrence: "When is the President going to hold another news conference where we can ask our questions to him about all of these issues[?]"

Psaki claims Biden "took questions probably four or five times last week," so we should all be happy w/that pic.twitter.com/phk8jmHLPE

This is, of course, not a good look.

Biden didn’t pause to take our questions as he returned to White House from Rehoboth. pic.twitter.com/ODvBZNqqYT


On his way to NYC for United Nations meetings, @potus takes no questions. @JakeSullivan46 among those accompanying him to UNGA. pic.twitter.com/t0Basnkbg3

“The Hill” media reporter/columnist Joe Concha made the rather obvious point about how there have been “a few things” that “have happened since” Biden held his last presser, with the clear insinuation being that he needs to step to the mic again to face the press:

Another doozy. At last check, a few things have happened since that last press conference. https://t.co/cy7yg4PDRJ

It was probably better to have heard from Biden directly than from her, considering the strange answers Psaki provided during today’s press briefing.