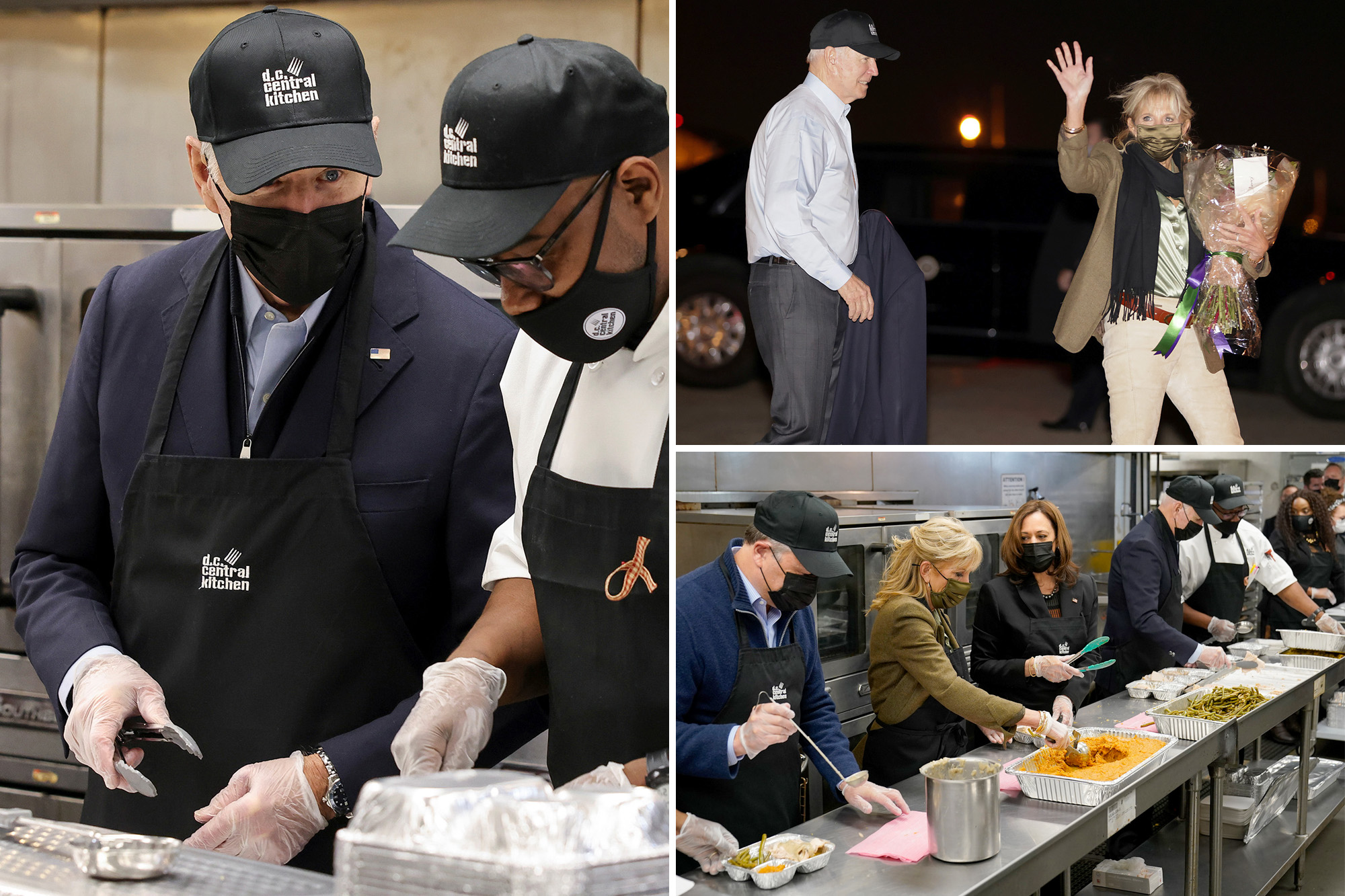 President Biden appeared to ignore Vice President Kamala Harris as they prepared meals at a DC soup pant kitchen. This was their first public appearance together in over a week.

After Harris allies lambasted Biden to CNN last Wednesday for giving her difficult jobs such as handling the border crises, and accused her of being less supportive than white members, Biden did not attempt to show any affection for his VP.

When asked by a reporter what he was grateful for, Biden extended his arm around DC Central Kitchen’s Dawain Arrington — who was standing to the president’s left with Harris at Biden’s right — and said, “The people I’m standing next to are what I’m thankful for. He got up. He was knocked down, but he got up.”

Jill Biden, the first lady, directed Harris to a place next to her husband moments earlier. However, the president did not appear to greet Harris.

“Come on, Kamala!” Jill Biden stated, pointing the vice president to a tray of green beans that the VP was put in charge of scooping.

The microphones of the press pool didn’t record any words between Harris and Biden, and Harris seemed to ignore the veep to return to his conversation with Arrington while he placed the turkey on the tray.

At one point, Biden could be heard telling the chef about a time when facilities were “segregated by law.”

Biden, who turns 79 this weekend, and Harris made their public appearances Nov. 15, one day after the reported rift broke out. and Harris crossed the White House lawn together ahead of Biden signing his $1.2 billion bipartisan infrastructure bill.

Biden left the soup kitchen to fly to Nantucket for an evening flight. There, he spent Thanksgiving with his family at the compound owned by billionaire David Rubenstein, according to Nantucket Magazine.

Biden’s holiday trip coincides with his poll numbers plummeting amid the highest inflation in 31 years and the highest illegal immigration rate since the 1980s. Also, there is the unorderly US withdrawal from Afghanistan and an increase of COVID-19 cases.

“What message does it send to the middle-class Americans that President Biden says he’s trying to help, who are struggling this week to cover the cost of the most expensive Thanksgiving ever, that the president is going to take two days off at a billionaire’s compound in Nantucket?” Fox News correspondent Peter Doocy asked White House press secretary Jen Psaki earlier Tuesday.

A Quinnipiac University survey released last week showed 53 percent disapproval of Biden’s performance, while only 38 percent approved. A ABC News/Washington Post survey was conducted November 7-10 and found that 57 percent of respondents disapproved and 38 approved of Biden.