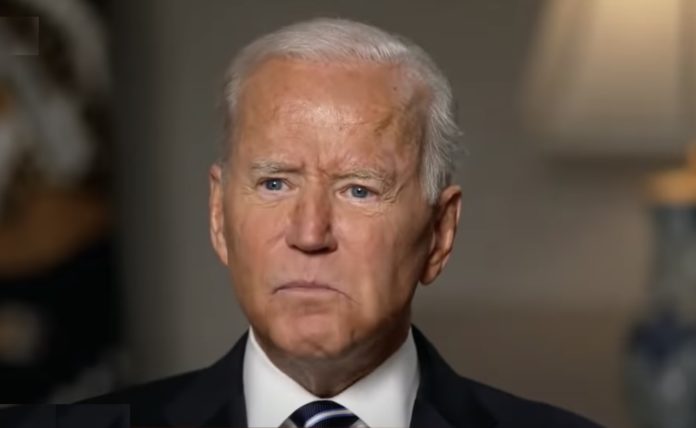 Joe Biden has sparked outrage with an unthinkable comment!

After Biden’s terrible decision to withdraw U.S. troops from Afghanistan immediately, shocking footage and images emerged of Afghans storming Kabul’s Karzai International Airport and trying to seize control. Many By Standers Cling to the departure planes.

Seven people died in the evacuation of the airport. We are now beginning to identify them, including one young man aged just 17. His body was recovered without legs or arms, but his family was able to identify him, according to VICE news.

Biden dismissed the deaths of those who held on to a plane in order to avoid certain death during an interview with ABC’s George Stephanopoulos.

“We’ve all seen the pictures. We’ve seen those hundreds of people packed in a C-17. We’ve seen Afghans falling,” Stephanopoulos said before getting cut off by Biden.

“That was four days ago — five days ago,” Biden said.

Viewers were stunned by the insensitive comment. Social media has seen a lot of backlash against Biden.

These events occurred two to three days before Biden claimed, and not four to five days earlier. It is also shocking to see the complete lack of empathy and insensitivity.

VICE News reports that Reza, the boy who died, was identified as Reza. His body was taken outside the airport by witnesses, and the family confirmed Reza’s identity, VICE News reports. His legs and arms had disappeared. “I brought him back myself,” stated the family member.

Afghans were more willing to die and risk their lives than to live under Taliban rule, according to CNN. CNN reported that Taliban fighters have flooded the capital, and are now “smiling & victorious”.