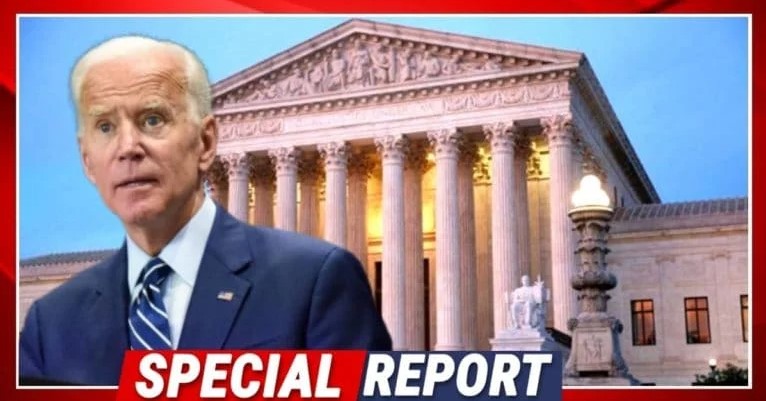 Joe Biden promised transparency when he took office in January. Democrats promised to be more open with media than Trump’s government.

Some are now questioning the promise of Biden’s term after six months. This is double for Stephen Miller, a former Trump advisor, and his America First Legal group (AFL).

The AFL accuses the President of a possible serious cover-up.

The idea of court-packing was a hot topic in 2021 Capitol Hill. Republicans were concerned that D.C. Democrats would try to pack courts to eliminate GOP competition.

The administration also launched the Presidential Commission on Supreme Court during that time.

The committee was established in April to study the possibility of increasing the number of justices on the court. This could give Democrats an advantage, as some Republican leaders suggested.

The documents have not been publicly made public since then.

And the AFL says this is wrong. From Fox News:

Former Trump adviser Stephen Miller’s group America First Legal (AFL) is accusing the Biden administration of hiding documents on the commission looking into the idea of packing the Supreme Court.

According to the AFL, these documents should not be hidden and must be made public.

Miller’s group sent a letter of protest to the Biden administration. Gene Hamilton, AFL Vice President, told Fox that they want to ensure Biden doesn’t use the commission only to push a liberal agenda.

Again, this is where the transparency issue arises. As Hamilton added:

This is too important of a matter to be conducted in secret, behind closed doors.

The Biden administration must be fully transparent with this entire process.

The AFL claims it’s actually against the law for the Biden administration to keep this information private.

Obviously, there must be some documents available by now, as the Commission has been in place since April.

In the interests of transparency and full disclosure, the AFL wants to inspect all records kept by the Commission. This includes drafts or sections of reports.

The group also demanded that the White House divulge “all resolutions adopted or proposed by the Commission or any other committee of the Commission.”

Miller and his coworkers simply want to know the truth behind closed doors and why information isn’t available.

They want America to be treated fairly and the Commission should not be used by the Biden administration as a political tool. We should know if they are.

Court packing will continue to be a controversial topic, and it will probably come up again before the midterm elections.

The AFL needs answers before this happens.