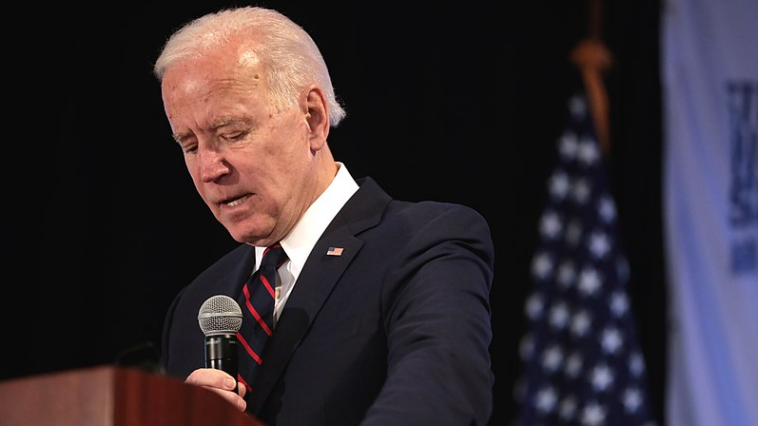 Washington, D.C. Archbishop Cardinal Wilton Greg is unhappy with Joe Biden, self-declared catholic and president of the United States, who recently stated that he doesn’t agree that “life starts at conception,” which is a direct contradiction to the Catholic church.

“I respect those who believe life begins at the moment of conception,” Biden said, according to Catholic News Agency. “I don’t agree, but I respect that. I’m not going to impose that on people.”

Biden’s shocking statement is in direct contradiction to the Catholic Church’s teaching on conception and life.

The Catechism of the Catholic Church says that “human life must be respected and protected absolutely from the moment of conception. From the first moment of his existence, a human being must be recognized as having the rights of a person – among which is the inviolable right of every innocent being to life.”

Since the first century, the Church has affirmed the moral evil of every procured abortion. This teaching has not changed and remains unchangeable. Direct abortion, that is to say, abortion willed either as an end or a means, is gravely contrary to the moral law:

You shall not kill the embryo by abortion and shall not cause the newborn to perish.God, the Lord of life, has entrusted to men the noble mission of safeguarding life, and men must carry it out in a manner worthy of themselves. Life must be protected with the utmost care from the moment of conception: abortion and infanticide are abominable crimes.

“The Catholic Church teaches, and has taught, that human life begins at conception, so the president is not demonstrating Catholic teaching,” Gregory said.

“Our church has not changed its position on the immorality of abortion,” Gregory added while referring to the notion that Catholic teachings can evolve over time. Not with abortion, Gregory explained. “I don’t see how we could because we believe that every human life is sacred.”

Gregory’s comments come days after Speaker Nancy Pelosi, Archbishop Salatore Cordileone, threatened to excommunicate her along with other “Catholic” Democrats who support abortion.

Cordileone, in an essay published in the Washington Post, stated that excommunication could be a possible action against self-proclaimed Catholic Democrat leaders supporting abortion.

In his piece, Cordileone urged Catholic politicians to oppose abortion, saying that “[y]ou cannot be a good Catholic and support expanding a government-approved right to kill innocent human beings.”

“This summer, we provoked an uproar by discussing whether public officials who support abortion should receive the sacrament of the Eucharist,” Cordileone wrote. “We were accused of inappropriately injecting religion into politics, of butting in where we didn’t belong.”

“I see matters differently,” the archbishop added. “When considering what duties Catholic bishops have with respect to prominent laymen in public life who openly oppose church teachings on abortion, I look to this country’s last great human rights movement — still within my living memory — for inspiration on how we should respond.”

The archbishop encouraged other church leaders and clergy to use the threat to excommunicate politicians to force them to make better decisions. He likened abortion to the Civil Rights movement’s racism.

“The example of New Orleans Archbishop Joseph Rummel, who courageously confronted the evils of racism, is one that I especially admire,” the archbishop said. “Rummel did not ‘stay in his lane.’ Unlike several other bishops throughout this country’s history, he did not prioritize keeping parishioners and the public happy above advancing racial justice. Instead, he began a long, patient campaign of moral suasion to change the opinions of pro-segregation White Catholics.”

US Gives 1st Public Look Inside Base Housing Afghans