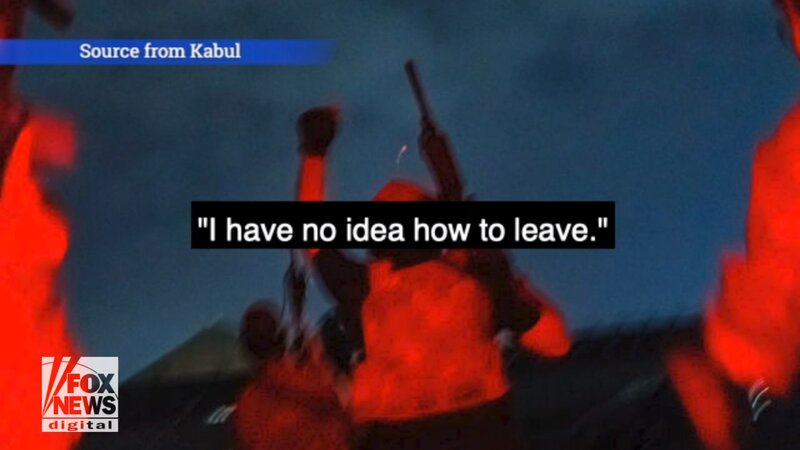 Only days ago, the last remnants of the US Military presence in Afghanistan left Kabul. They brought with them any chance of surviving Taliban rule by those left behind by the Biden Administration, Americans, and allies. We know the shocking truth, even though leftists and mainstream media will try to make the ” on-time evacuation” of the US Military a victory. Even if haunting audio and senior US sources continue to reveal information about what’s really happening in Afghanistan, it is alarming.

Horrifying audio of distant gunshots appears to confirm reports of “house-to-house executions” as the Taliban asserts control of Kabul and Afghanistan after the U.S. military’s departure on Monday evening.

An Afghan man who worked with Americans on the ground provided Fox News with the chilling audio featuring distant gunshots.

“I think there’s a conflict between the Taliban, I have no idea where I’m located. From everywhere I hear the sounds of shooting, gunfire. I have no idea how to leave,” the Afghan man said in the audio clip, recorded around the time the final U.S. plane left Kabul.

Worst of all, President Joe Biden was only heard 11 days ago Making a promise and making a vow to the American people and to allies. Biden, who sounded very similar to his former boss President Barack Obama in an address meant for the media updating them on the evacuations efforts, stated: “Let me make it clear: Any American who wishes to return home will be welcomed home by us.”

This promise was not just for Americans. Joe was also asked by a member of the press if the vow applied to Afghanis who assist in translating, guiding, and sometimes protecting our troops. Biden answered the question in the affirmative without hesitation. Biden didn’t hesitate to answer in the affirmative.

It is a gross understatement to say we are disappointed and alarmed. This is especially true now that the US Military has left. Twitter’s concern about terroristic regimes having access to the world has allowed the Taliban to celebrate their victory by tweeting with soft-brained, uninformed American millennials who believe that Afghanistan will prosper under terrorist rule.

In mid-August, we heard that the Taliban were going door to door making lists and marking where Americans or their allies were located. It is likely that Biden and his administration also heard about the incident.

Taliban militants are reportedly conducting door-to-door searches in Kabul looking for Afghan government officials, military members, and others who worked with the United States and other western countries.

Taliban militants are also seeking out journalists. While the terrorist group has promised safety and publicly called for a “peaceful” transfer of power, refugees who flocked to Kabul prior to its fall said that the Taliban has already begun forced marriages and executions in outlying cities and towns.

This is a game changer for us all.

Many have started counting their final hours of life in Kabul.

Nobody knows what happens next.

We will never know the extent of the damage done. Terror threats continue to be rumored. Now, reports are circulating that terrorists have returned with “escapees” from the last flight. If we suffer another attack, God bless us all. It’s certain that we will have it happen under the supervision of someone who is unable to stay awake during National Security Meetings.

Our thoughts and prayers are with all those in Afghanistan who are stuck without a way out.

Texas Family of 4 Among Americans Left Behind in Afghanistan